COLUMBIA COUNTY, Ga. – Authorities have issued an Amber Alert for a 15-year-old girl they believe was abducted in Evans, Georgia, on Sunday.

Authorities say Calah Noel Waskow is in extreme danger and are looking for the suspect, 37-year-old Jason Johnson, who may be driving a tan 1998 Ford Crown Victoria with a South Carolina license plate number KVJ240. 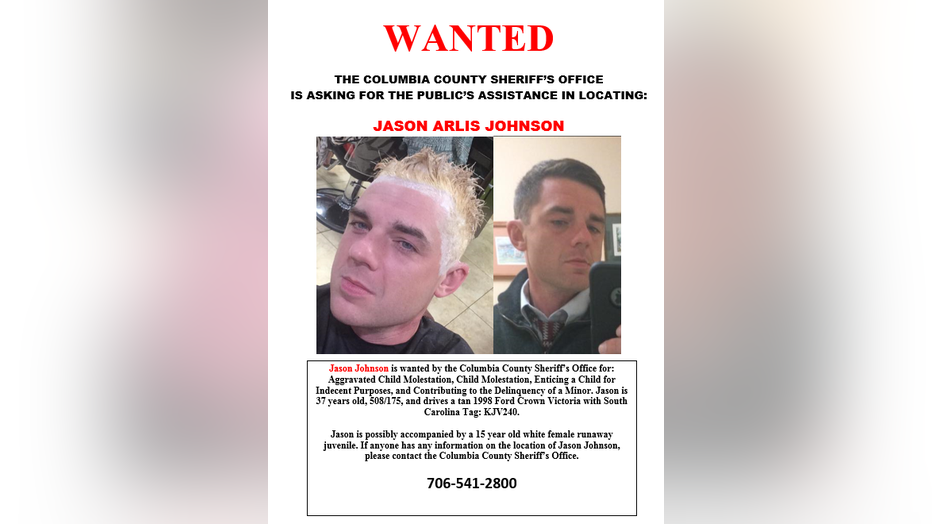 Authorities waited to activate a Levi's Call – Georgia's version of the Amber Alert – because they initially thought Calah had run away, according to WRDW-TV. While investigating the missing persons report made by her mother, investigators found out this week about a relationship between Calah and the suspect.