RICHMOND, Va. - A non-profit is asking for donations to get a Boston Terrier mix walking on four legs again after he was abandoned in May.

Susie Gorman with the animal rescue FLOP, which stands for For the Love of Poodles, is currently fostering a three-year-old dog named Sparrow.

"If I was him I’d probably be a little bit grumpy," Gorman told WTVR. "I think being young he should be able to run around just like the other dogs."

Gorman said Henrico Animal Control seized Sparrow and four other Boston Terrier mix dogs from a home in May when the owner could no longer provide a safe home.

"We were told the previous owner was mentally ill and had to go into an institution. His family didn’t want the dogs so we took them in," Gorman explained.

The group of five dogs was suffering from bad injuries including a dislocated eye, blindness, and other injuries from fighting.

Doctors believes Sparrow was hit by a car and walking on his broken hind legs for months before he was brought to FLOP in June.

"Both of his knees have been dislocated and are not even together so the joins are completely apart," Gorman described. "What he does is try to do a complete handstand and you can tell by his feet he’s balancing all the weight on his chest." 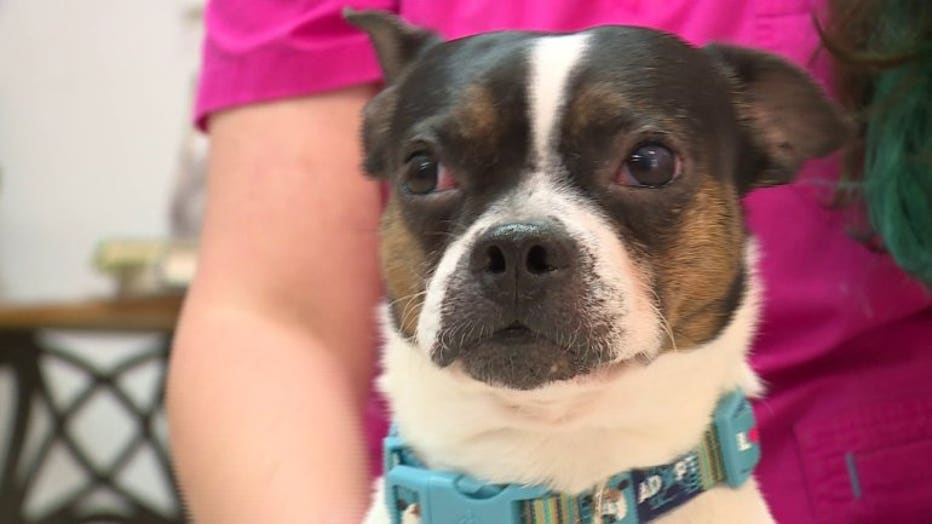 The other four dogs rescued were sent to a North Carolina shelter for rehabilitation, but staff considered Sparrow's injuries too serious.

Sparrow's hind legs twist and turn when he walks. Despite the pain, the young dog is as cheerful and playful as ever.

"When you look at him you cringe because it looks so amazingly painful. The surgeon is just amazed he’s not grumpy and nasty because it’s the pain that he goes through with every step," Gorman said.

FLOP brought Sparrow to Dr. Bart Miller at Crossroads West Veterinary Center in Henrico where the doctor attempted to fix the dog's legs. Miller stated that he attempted to stabilize the hind legs, but Sparrow still needs a more extensive surgery. 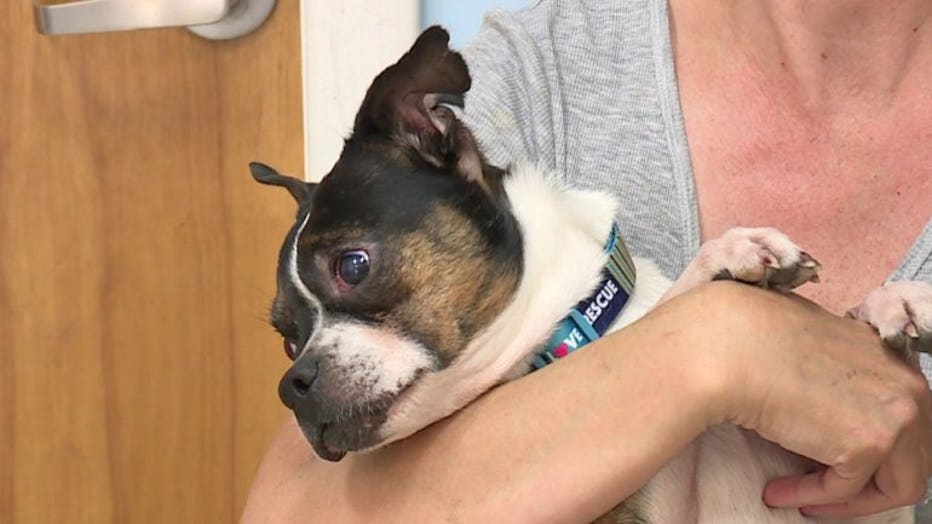 "This is possibly one of the worst cases we've seen with a dog that’s been walking on both broken hind legs for several months," Miller described. "Without the surgery, we may need to amputate the leg. Basically, he needs a bone plating surgery for him to walk without a brace."

Now Gorman and her non-profit are working to raise money so an orthopedic surgeon can help Sparrow walk and run like any other dog.

She said Sparrow refuses to use a wheelchair and tries to bite it off.

"He’s only three years old so I want to give him the best quality of life," she said.

If you'd like to donate to help fund Sparrow's surgery there has been a GoFundMe set up here.