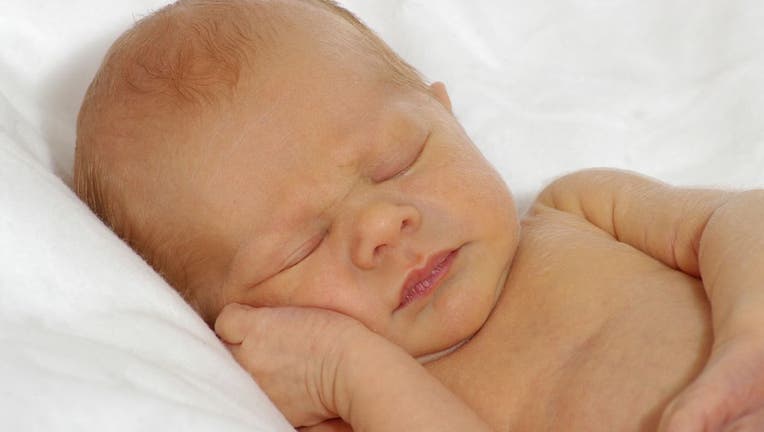 (GERMANY OUT) baby is sleeping, (Photo by Wodicka/ullstein bild via Getty Images)

The American Academy of Pediatrics has updated its safe-sleep guidelines for infants, urging parents to make sure their baby sleeps on a flat — not inclined — surface without soft bedding and strongly advises against bedsharing.

The academy also called out the use of inclined chairs such as bouncers and rockers. While most babies don’t spend the night in such devices, they can fall asleep in them during the day — increasing the chance that they roll over or even roll out of them entirely.

Infant sleep products must have a sleep surface angle of 10 degrees or fewer under a new Consumer Product Safety Commission rule that takes effect this month.

"Parents should not use products for sleep that aren’t specifically marketed for sleep," the AAP noted. "Sitting devices, such as car seats, strollers, swings, infant carriers, and infant slings, are not recommended for routine sleep in the hospital or at home, particularly for infants younger than 4 months."

Other recommendations to reduce the risk of sleep-related infant death from AAP include:

"A baby’s death is tragic, heartbreaking and often preventable. If we’ve learned anything, it’s that simple is best: babies should always sleep in a crib or bassinet, on their back, without soft toys, pillows, blankets or other bedding," said Dr. Rachel Moon, professor of pediatrics at the University of Virginia School of Medicine, on the academy’s website.

According to the academy, nearly 3,500 infants die from sleep-related infant deaths a year in the United States. However, the annual number of deaths has remained about the same since 2000 following a substantial decline in deaths in the 1990s, according to the AAP.

AAP’s research shows that sleep-related deaths can occur when an infant with an intrinsic vulnerability to SIDS is placed in an unsafe sleep environment.

"Parents might think that their infant is waking up too much during the night and fear that something is wrong," Moon continued. "But babies by their nature wake up frequently during the night. Although this can be understandably frustrating for parents who are exhausted and losing out on their own sleep, babies have to wake to feed every 2-3 hours, so this is normal and healthy, and should be expected. When parents have questions about their infant’s sleep, they should always ask their pediatrician for guidance."

The academy has noted that racial and ethnic disparities reflect broader society programs. Researchers cite the rate of sudden unexpected infant deaths (SUIDs) among Black and American Indian/Alaska Native infants was more than double and almost triple, respectively, that of white infants (85 per 100 000 live births) in 2010-2013.

"We know that many parents choose to share a bed with a child, for instance, perhaps to help with breastfeeding or because of a cultural preference or a belief that it is safe," Rebecca Carlin, MD, FAAP, who co-authored the statement and technical report, said.

"The evidence is clear that this significantly raises the risk of a baby’s injury or death, however, and for that reason AAP cannot support bed-sharing under any circumstances," she continued.