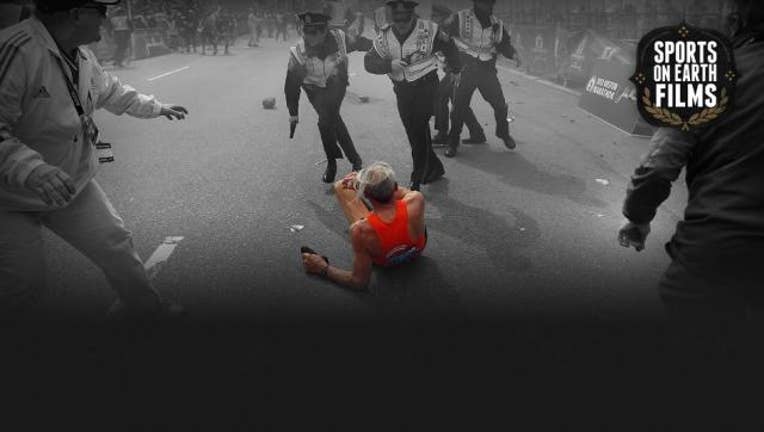 There's much more to Bill Iffrig than that iconic photo from the Boston Marathon bombing in 2013. From Sports on Earth Films Via Getty Images

Little did Iffrig know, his 2013 running of the Boston Marathon would change his life forever and land him on newsstands across the country.

Iffrig, 79, is a retired mill worker from Lake Stevens, Wash. He was meters away from the finish line of the 2013 Boston Marathon when two pressure cooker bombs allegedly planted by Dzhokhar and Tamerlan Tsarnaev exploded, knocking him off his feet.

A photographer snapped a picture of the moment, with Iffrig on the ground and police men hovering above him. The image soon become ingrained in American consciousness.

A year after the bombing, Iffrig is the subject of a documentary titled The Finish Line. The film tries to paint a "complete portrait of a man whose image came to represent a city and an event struck by tragedy,"  Sports on Earth Film says.

Click the Link below to watch the entire documentary.

Click here to watch the film in its entirety