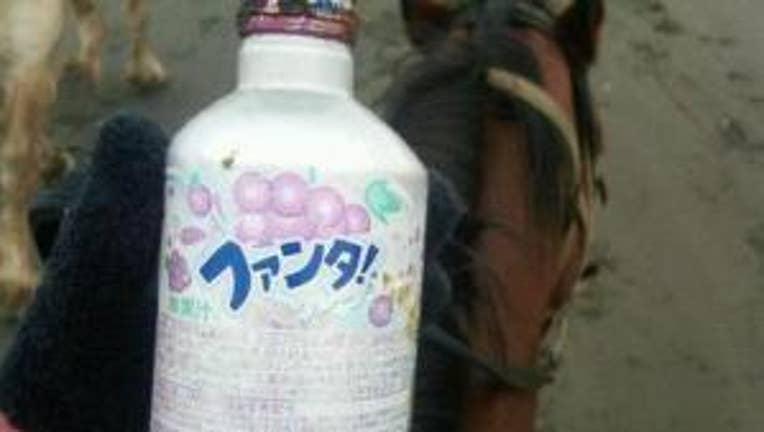 SEATTLE -- A running account of tsunami debris finds and debris-related news in and around Washington:

A piece of metal initially thought to be a 7-foot airplane fuselage is found at Cranberry Beach in Pacific County along with a 13-inch television set and a refrigerator. Reports are varied as to whether the debris is Japanese or not.

“The federal government is the ultimate lead as our state responds to tsunami debris that washes up on our beaches,” Gregoire says. “But our federal partners need support to protect our coast and keep our citizens safe. There is no better agency to lead coordination than our Emergency Management Division. That agency has the experience and know-how necessary to bring groups together to address a variety of situations.”

A 20-foot fishing boat with Japanese writing on it washes ashore in three pieces at Cape Disappointment State Park in Pacific County.

Beachgoers in Moclips, Wash. Find an empty and rusted refrigerator on shore, covered in barnacles.

Three professional sea kayakers surveying Washington’s coast for tsunami debris in Neah Bay, the northwest part of the state, find hazardous material including a partially in-tact bathroom from a house. They also find medicine, appliances, and other items.

Coast Guard officials identify a fishing boat that has floated across the Pacific and is destined for Canada’s Haida Gwaii, formerly the Queen Charlotte Islands.

“This 150-foot fishing vessel is the first major West Coast tsunami debris confirmed by Japanese officials. And now, we’ve learned that larger debris could reach our coastlines sooner than expected. With some debris already moving towards the West Coast, we need more data and better science to track and respond to tsunami debris,” says Senator Maria Cantwell.