SEATTLE -- I’m sorry, I just don’t want to hear that the Phoenix Coyotes may move to Seattle, nor do I want to report it. 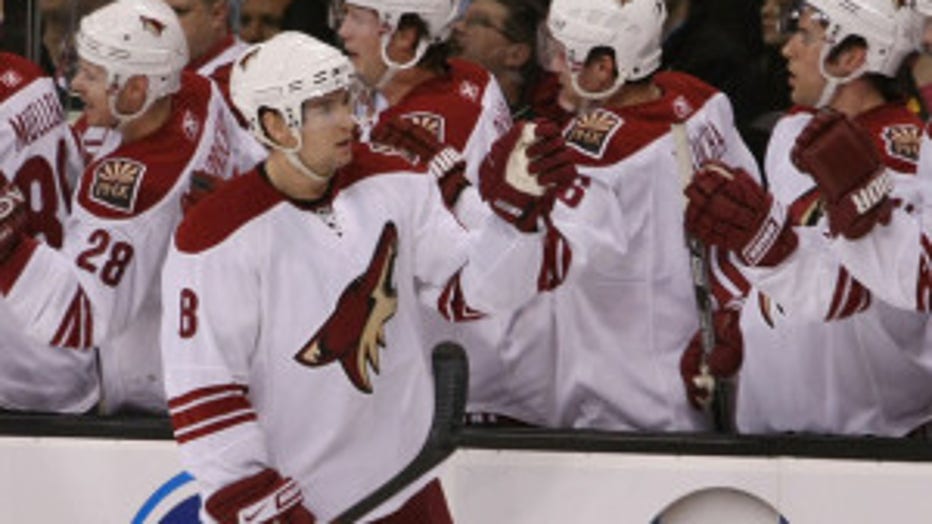 Don’t get me wrong, I desperately want the NHL in Seattle, but I really don’t want anything to do with it until it’s a done deal.

Because as fans, we don’t deserve to be dragged through the mud again hoping we’ll get a team – basketball, hockey or otherwise - only to be disappointed.

Sure, I’ll stand here tonight and confirm what’s been reported. That Ray Bartoszek and Anthony Lanza are waiting in the wings to buy the Coyotes. And I can confirm that if a potential lease agreement falls through with the city of Glendale, their intentions are to bring the team to Seattle, where Bartoszek has business ties. And I can confirm that the plan would be for the team to play at KeyArena for a few seasons while a new arena is built and that Jeremy Roenick would be involved in the team’s operations.

And yes, our journalistic obligation is to keep you up to date. To ask whether the memorandum of understanding on a new Sodo arena can be amended to accommodate an NHL team as the primary tenant, which I believe it can. To ask what Chris Hansen’s role would be, if any?

But do I want to address the subject? Absolutely not, at least not until the team is officially on its way here.

If we’ve learned anything from the Sacramento Kings battle, it’s not to count our chickens before they’ve hatched.  Despite all the enthusiasm and all the assurances, we were foiled yet again. How many times has Seattle played the role of a pawn for leverage to keep a sports franchise in its city? Frankly, I’m sick of it and the fans in our region don’t deserve the pain and suffering that come with it.

I understand the NHL is different. That there’s no egotistical commissioner with a vendetta against our city.

But it’s been reported that a framework is in place for a lease agreement that would keep the Coyotes in Arizona.

And until there’s a press conference officially announcing the Coyotes move to Seattle, the NHL remains that cheese on a string, with us mice desperately reaching out to secure it.

Thanks to CBC, the secret is now out and I couldn’t be any less pleased. Because now I’m excited again. Now I’m dreaming of the possibilities of a hockey-crazed town finally getting the NHL team it deserves. Meanwhile, Glendale is left scrambling – just like Sacramento did. Who knows if they’ll save their team too, but until then, I don’t want to know.

If I had my way, I’d ask you to wake me up at the start of July, and let me know if we have a team or not.

Because none of us deserve to be vulnerable to a major buzz kill yet again.