Peaceful gathering in Tacoma for victims of Charlottesville

Peaceful gathering in Tacoma for victims of Charlottesville

TACOMA, Wash. – More than a hundred gather in a show of solidarity with the victims of Charlottesville in Tacoma Sunday night.

The event was a last-minute decision said organizers, promoted on Facebook after seeing what was happening across the country in response to the far-right rally in Charlottesville. They said it’s important that places like Tacoma take a stand against racism.

“I am just so disappointed that people find a reason to hate,” said Arta Childears, a rally attendee. “There’s truly not many things that would get me out of my home at night by myself, but I consider this to be one of those times.” 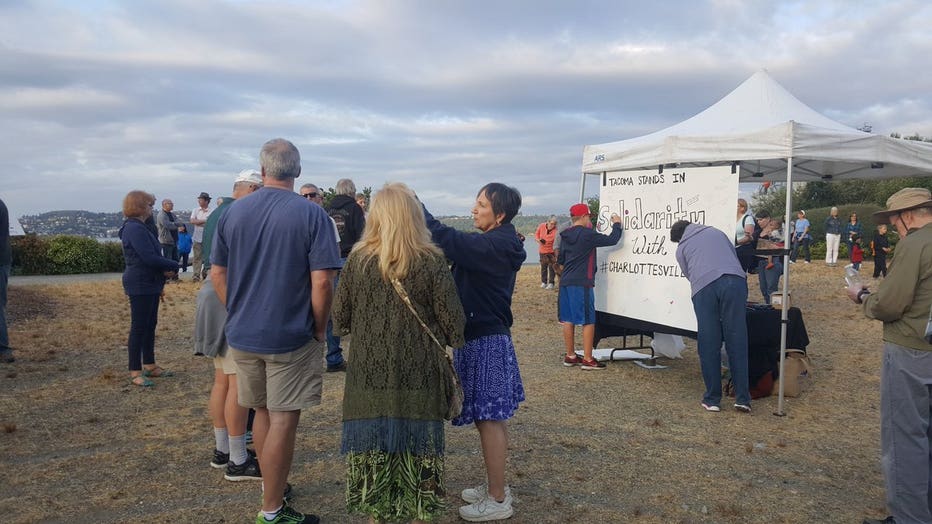 Lawrence Leon Conley II, echoed Childears sentiments. “The presidency…has allowed people to come out of the closet about their prejudice, about hatred and their racism,” he said. “Because of that, we can’t be hiding behind closed doors neither.”

Attendees lit candles and signed a pledge of solidarity with the Charlottesville Victims. They said Sunday was about remembering the past, grieving the present and renewing their fight for the future.