MOUNT VERNON, Wash. -- A temporary bridge could be up sooner than many expected. WSDOT crews say a replacement could be installed by mid June on I-5 over the Skagit River. 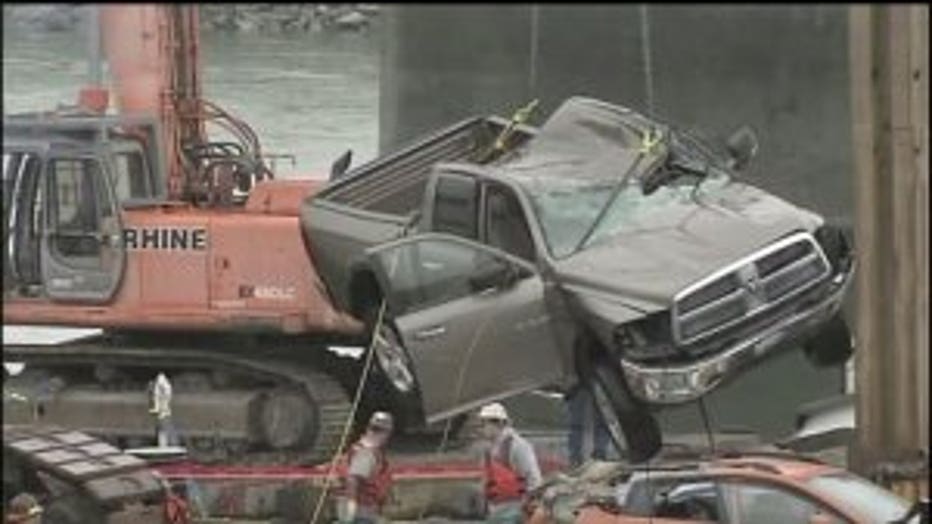 But even then, traffic will still be slow because cars will pass on a limited capacity.  Heavy trucks won’t be allowed to cross and the speed limit will be lowered until a permanent fix in September.

Just like the I-5 bridge, some of the detours seemed like it was going nowhere at times on Monday.

South Burlington Boulevard was jammed in the height of Memorial Day rush hour. It’s just one of several detours for the more than 70,000 drivers affected by the bridge collapse.

“Mount Vernon is pretty much off limits for me as far as I am concerned,” said Inman.

Riverside Drive is now a main artery between Burlington and Mount Vernon but for Inman the detour is too much of a hassle. He’s taking the side streets, but so are many other locals.

For example, Anacortes Street is a neighborhood stretch now seeing more and more commercial traffic and with that comes concern of pedestrian safety. WSDOT says it’s crucial for drivers to plan for backups.

“I think we’ve got a pretty good mix right now to get people moving in these alternate routes,” said WSDOT spokesperson Bart Treece.

WSDOT is lengthening traffic signal times along the busiest alternate routes and they say traffic patterns could change starting Tuesday. They will have engineers studying the travel patterns to make any necessary changes as people get used to the new normal. But the stunning collapse is something people will never get used to. Dozens of spectators watched Monday as crews plucked the two mangled vehicles from the Skagit river.  Investigators also canvassed below the river’s surface for more clues and possible damage.

“We are looking at everything that has to do with this bridge kind of taking the opportunity while its closed to look at anything that needs to be repaired,” said WSDOT spokesperson Dave Chesson.

Contractors will place a temporary steel structure to gap the hole once the NTSB gets all the pieces they need for their investigation on what went wrong. Some drivers say they are not in a hurry to get back on the bridge.

Web says she and her son crossed the Skagit River two hours before the collapse. Since then she has not crossed a bridge.

“How quickly would I react how fast could I get out,” said Web.

After experiencing the unbelievable, some drivers say they are squeamish to cross the bridge even after a fix. The NTSB has asked for specific pieces of the collapsed bridge along with the mangled cars as part of their investigation.

Moments before the collapse an overweight truck hit the steel girders of the bridge. It’s not the first time over the years the bridge has been hit before. In fact it’s not uncommon for bridges to be hit. In 2012 alone there were 24 different cases statewide.