Father reacts to death of his 4-year-old, child's mother charged with homicide

According to charging documents, 23-year-old Cynthia Rose Enyeart and 20-year-old Junior Asghedom have been charged with second-degree murder. Enyeart's child was found dead in their apartment on Dec. 11 with facial bruising and a "soft head."

SEATTLE - A woman and her boyfriend have been charged with second-degree murder after her four-year-old son was found dead inside their Seattle home earlier this week.

FOX 13 Seattle's Brisa Mendez spoke with the child's father and uncle on Thursday to learn more about the boy, and what they think happened.

"At first I couldn't believe it, and then when I got told it was actually true, I just – my heart was just broken," said Chris Ford, the boy's father. "I just couldn't believe she (the boy's mother) really had to take my only child from me. That's devastating and that's like, sickening. Killing any baby is sickening."

Chris says he has called Child Protective Services multiple times to save his son, KJ, from domestic violence from the hands of his own mother, Cynthia Enyeart.

Chris told FOX 13 that he recalls asking KJ if his mom ever hurt him.

FOX 13 reached out to the Washington State Department of Children, Youth and Families (DCYF), but they could not comment, because child welfare records are confidential.

Chris and his brother, Clarence, say they had witnessed Enyeart yell and harm KJ multiple times. They added that when it came down to choosing mom or dad, KJ would choose dad any time he had the opportunity.

RELATED: Mother, boyfriend charged with murder in death of 4-year-old boy in Seattle

"There was a lot of warning signs," said the neighbor. "I feel like KJ should have been taken and given to his father a long time ago. Everybody has made CPS reports; Everybody has complained, and it was just an ongoing thing. It should have never led to this."

"I called CPS multiple times," said Clarence. "All they would keep saying was, ‘is there food in the fridge?’ We did not call for that. We had proof of what was going on; multiple text messages of Cyntha talking about what she did to KJ. Nothing was done. Nothing at all. They just swept it under the rug."

The next court appearance for Cynthia Enyeart and her boyfriend, Junior Asghedom, is scheduled for Dec. 22.

Now that KJ is gone forever, the only thing the Ford family can fight for now, is justice.

"We just hope we continue to get justice for our baby boy KJ," said Clarence.

"I don't want to see both of them walking out free," said Chris.

Until then, the Ford family is planning a funeral for KJ, and Chris says he will be funding it.

The Ford family says they will always remember KJ's big smile, joy and kindness – a boy with a bright future, who loved Paw Patrol, pink lemonade and hugs. 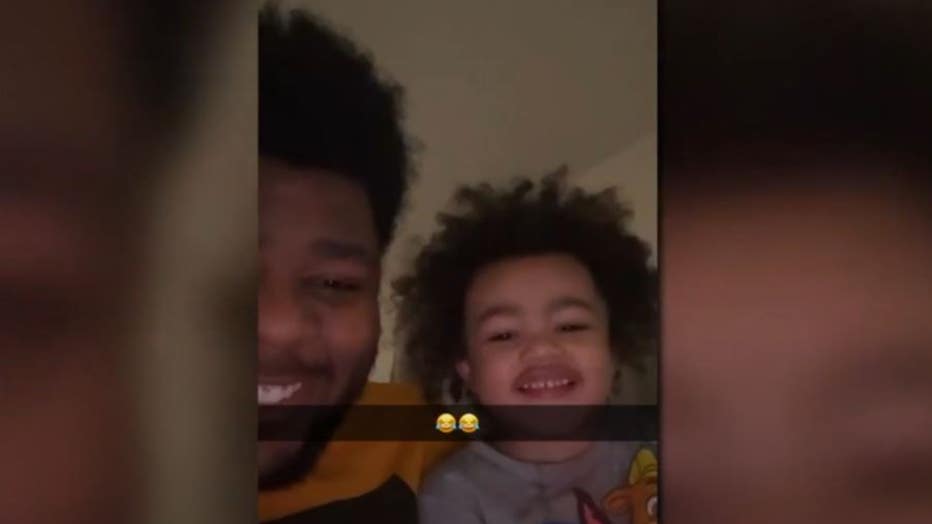