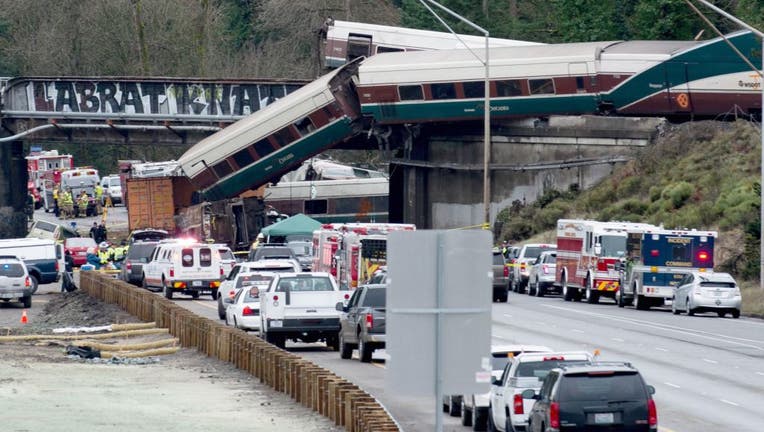 December 18, 2017 near the city of Tacoma, Washington. (Photo by Kathryn ELSESSER / AFP) (Photo by KATHRYN ELSESSER/AFP via Getty Images)

An Amtrak passenger train struck a dump truck at an uncontrolled crossing in a rural area of Missouri killing three people on the train and one in the truck. At least 150 others were injured. The crash happened Monday near Mendon, Missouri. The train was traveling from Los Angeles to Chicago. Later Monday, an Amtrak train crashed with a car in Detroit killing two people. The crashes came a day after three people were killed when an Amtrak train smashed into a car in California killing three people in the vehicle.

A federal jury just awarded nearly $7 million in damages to one of the passengers injured in the 2017 Amtrak crash in DuPont.