Deadly family crash on I-90

Deadly family crash on I-90

ELLENSBURG, Wash. --  A 61-year-old woman and a 6-year-old girl were killed and six other relatives, including four children, were injured when a family motorhome blew a tire, careened off Interstate 90 and crashed down an embankment near Ellensburg Monday afternoon, The Washington State Patrol said.

The 40-foot 2007 Beaver motorhome, which was pulling a trailer, was occupied by nine members of the Edelbrock family of Snohomish County. It was traveling westbound on I-90 when it blew a tire and the driver lost control.  It left the roadway, struck the guardrail and barreled down an embankment, slamming into a creek that passes below I-90, the State Patrol said.

Three of the six injured were seriously injured and were airlifted to Seattle's Harborview Medical Center. Those included the driver, Michael B. Edelbrock, 62, of Snohomish; Jessica Edelbrock, 41, of Monroe; and Chase Edelbrock, 3 of Monroe.

The others injured were Hank Edelbrock, 6, of Monroe, and Cody Edelbrock, 13, of Snohomish, both airlifted to Virginia Mason Memorial Hospital; and Lane Edelbrock, 15, transported to Kittitas Valley Healthcare.

An 8-year-old girl, Reese Edelbrock, of Monroe, was the only one who escaped injury.

The State Patrol listed the cause of the accident as a "blown tire." 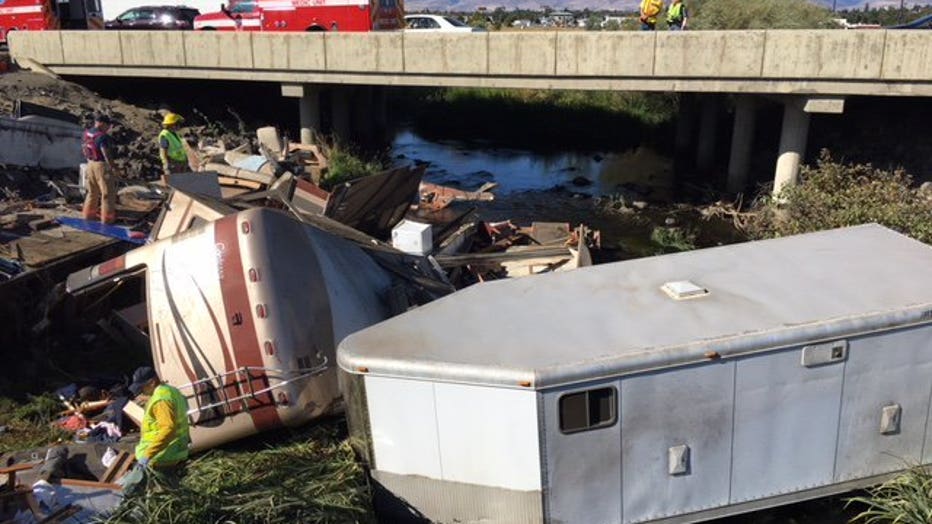 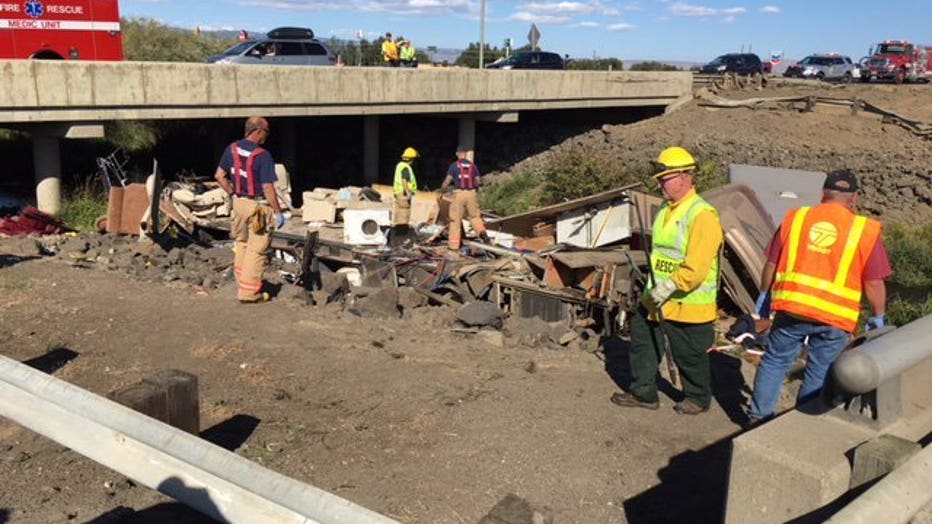