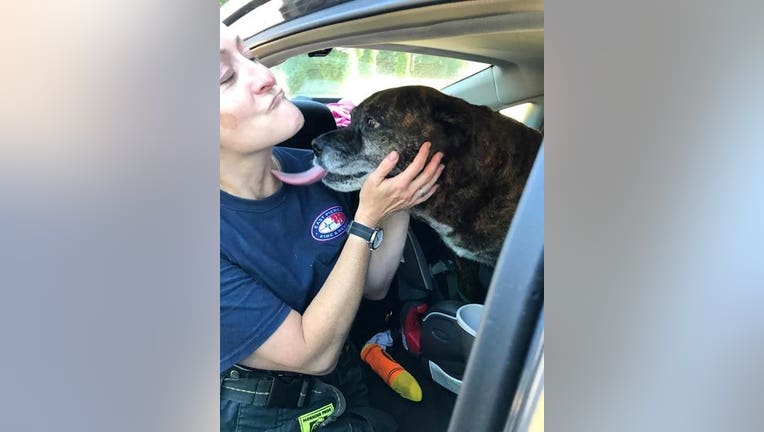 "The fire crews, including the help of Orting Valley Union Firefighters Local 4459 and City of Buckley Fire Department assisted and were able to rescue 3 family dogs and revive them using specially made pet oxygen masks which were donated to East Pierce Fire & Rescue in April of 2016 by Invisible Fence® Brand: Project Breath," the East Pierce Firefighters said.

"We are happy that a horrible situation wasn't compounded by the loss of the family pets. We hope the dogs continue to pull through."

The home sustained extensive damage, the firefighters said, and the cause of the fire remains under investigation.