DARRINGTON, Wash. -- Calls coming into the 911 dispatch center in Snohomish County just after a large mudslide struck near Oso, Wash., last Saturday reveal the enormity of the devastation.

CALLER : There's been a mudslide and everything is gone, the houses are gone...what?

911 OPERATOR: Is there any injuries?

911 OPERATOR: What's the address of the family there?

CALLER : No, no, no, there's been a mudslide, and all I see is dirt and trees falling...

CALLER : There's no longer...I'm on Seapost Road and Highway 530. I mean there's not even a house here anymore. 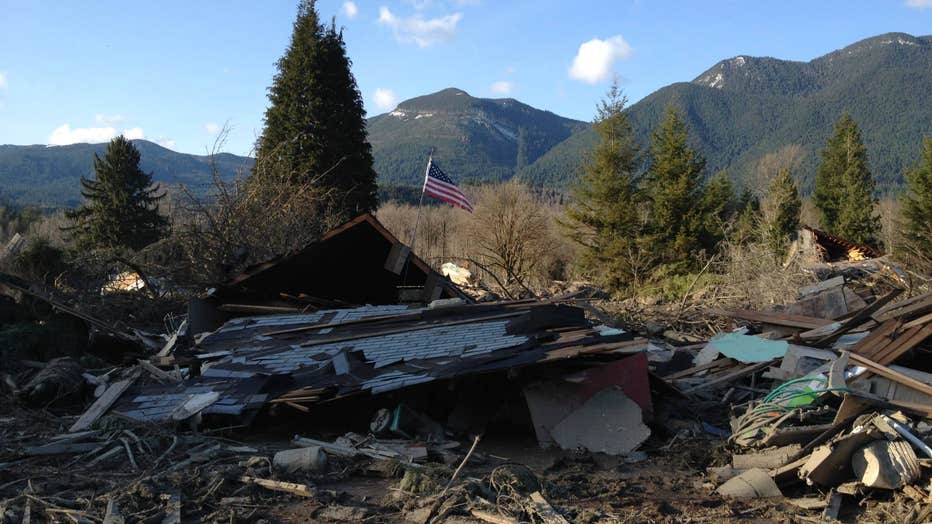 At first it almost doesn't seem real. People confused at what they are seeing and hearing

CALLER : There's so many people yelling for help.

911 OPERATOR: It looks like we had a mudslide in the area.

Snohomish County residents look outside to see total destruction. The mud is 15 feet thick in some spots.

A man calls for help, after getting a frantic call from his wife.

CALLER: There was a mudslide or something, hundreds of trees have fallen outside my house. Um...

911 OPERATOR: Is anybody trapped?

CALLER : I don't know, there's a car, my wife said there's a car and, I don't know. But she said she stepped out of the house 'cause it sounded like an earthquake was happening, and there's hundreds of trees everywhere..

CALLER : Oh yeah, I got a big emergency. There's a house on 530 and a big slide and it is covering a road at the bottom of Skaglund Hill. It's...

Some outside see the power of the slide firsthand.

OPERATOR: 530, is the part that's blocked then, correct?

CALLER : Oh it's blocked completely, it's not partial.

Listen to two of the 911 calls below.