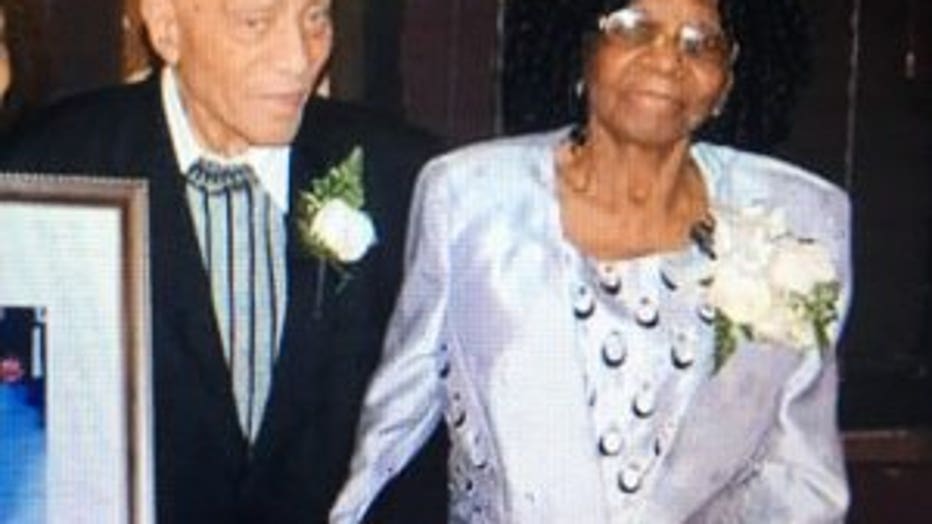 Waldiman Thompson, 91, and his 100-year-old wife, Ethlin Thompson, were tied up and robbed in a violent home invasion.

NEW YORK — A violent home invasion left a 91-year-old man dead and his 100-year-old wife injured after they were tied up and robbed inside their Brooklyn home Wednesday afternoon, according to WPIX.

Police responded to their 160 Decatur Street brownstone in Bedford-Stuyvesant around 3:30 p.m. after receiving a 911 call from the wife who had managed to free herself.

Officers entered the home to find Waldiman Thompson, 91, tied up and unconscious on the floor. The home was ransacked and the robbers had fled.

The husband and wife were rushed to the hospital where the man was pronounced deceased. The cause of death is not yet known.

His 100-year-old wife, Ethlin Thompson, was treated for superficial marks to her legs and arms, consistent with being tied up. Her injuries are not serious, police say.

Police say there were no signs of forced entry.

According to WPIX, investigators are working on a theory that the couple may have been targeted because they were landlords for the building collecting rent money that may have been easily accessible by someone who knows their routine.

Residents say the couple have lived in the building for years and were always seen walking together in the neighborhood.

"I'm very nervous now," said one concerned neighbor. "I can't walk the streets at night anymore. No, I can't do it."

Police are continuing to search for one to four robbers.

The incident is under investigation.