SANDOWN, N.H. -- A 9-year-old New Hampshire boy suddenly died on Friday while attempting to take homemade cookies to his friend.

Christopher Chester, 9, made cookies on Friday and left his home to take a treat to his friend, according to The Union Leader.

While the boy was walking down the road with his father, he tripped and fell. His father posted a statement detailing what happened:

"Today is the saddest day of my life. Last night my nine-year-old boy wanted to make cookies. We made cookies and he wanted to bring some to a friend of ours who lives a few houses down. He tripped or fell on the way there. I asked him to get up and he didn't. When I try to help him up, he was lifeless. I tried to wake him up and he wouldn't wake up. I ran to get my truck and put him in it and called 911. They had me pull over and do CPR on him. The ambulance came and they continued. His heart started beating again. I had to say goodbye to my best friend. He was going to be 10 years old next month. I am just posting this because there are many people that should know and I don't want to keep telling this over again. This is the hardest thing I have ever had to do. This is the saddest day of my life. He was such a great kid. He had such a heart of gold. Heaven just received the best angel that they will ever see. I love you so much Christopher. I miss you so much. I don't know what to do without you." 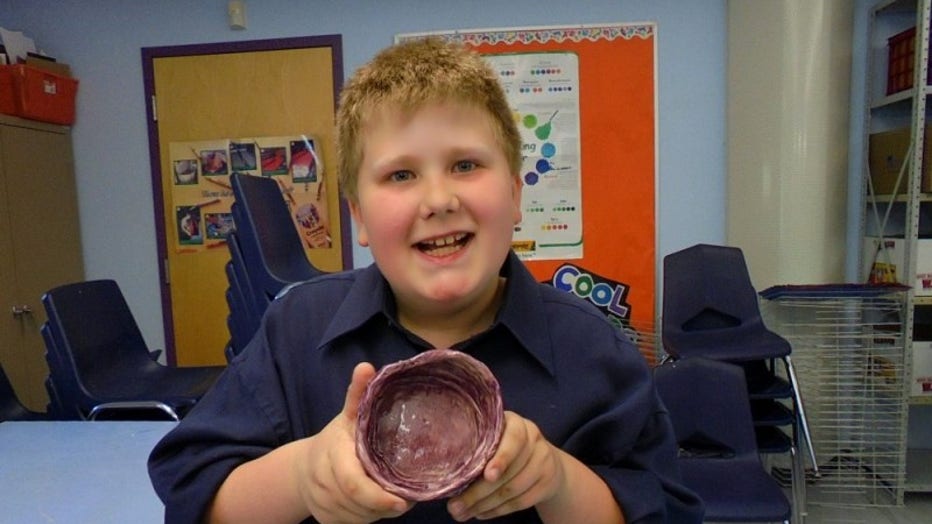 Christopher was a fourth grader at Sandown North Elementary School. A "kind and thoughtful young man," he was also a member of the 4-H Club of Chester and the Granite State Bow Hunters, according to his obituary. More:

"He enjoyed hiking, fishing, yard work, horseback riding, boating and riding ATV's and was presently learning to play the saxophone. He was an animal enthusiast and was very devoted to his dog "Jethro" and enjoyed spending time on Pleasant Lake in Stetson, Maine."

The boy's cause of death has not been released. Friends have set up a GoFundMe page to help cover the funeral costs.