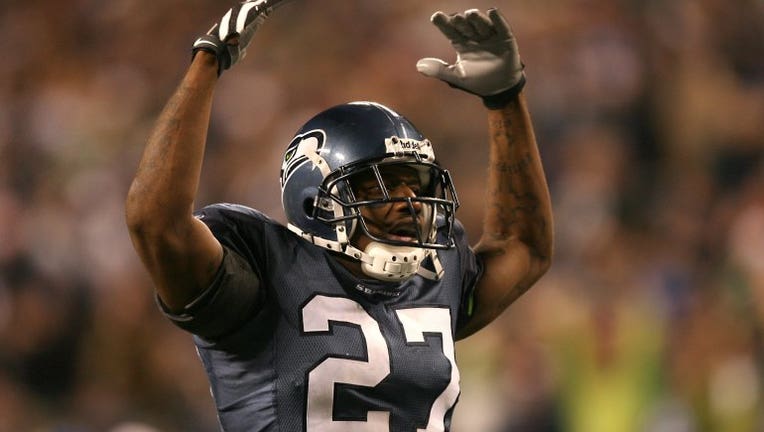 SEATTLE - NOVEMBER 12: Jordan Babineaux #27 of the Seattle Seahawks signals during the NFL game against the San Francisco 49ers at Qwest Field on November 12, 2007 in Seattle, Washington. (Photo by Otto Greule Jr/Getty Images)

SEATTLE - Consider this: The Seahawks have been to the playoffs 14 times in their history. In those playoff runs, they’ve gone 12-2 in the ninth game of their season.

So if you’re feeling like it’s kind  early in the season for a game to feel THIS big, it’s most certainly not. As it turns out, the first game of the second half of the season has been gigantic for the Seahawks many, many times in the past.

So here you go: Nine more times Game 9 was big, big, big for the Seahawks. (BIG!)

1978: Broncos 20, Seahawk 17
Coming off a huge 27-7 win over the Raiders a week earlier, the 4-4 Seahawks looked like they might be on their way to the playoffs for the first time in their three-year history. It looked a victory was meant to be when Efren Herrera drilled a 37-yard field goal with 56 second left to tie the game, but two embarrassing mistakes cost the Seahawks in overtime. First, Jim Zorn threw an interception that was returned 30 yards, setting up an eventual Jim Turner field goal attempt from the 1-yard line. Turner missed his first try after a botched hold … but the Hawks got called for having 12 men on the field, and he made his second try. The game ended up being the difference in the division – the Seahawks finished 9-7, one game behind the AFC West champion Broncos.


The Raiders were good in 1983; like, Super Bowl good.  But Dave Krieg stepped in to replace Jim Zorn – this is the game that launched his eight-year career as Seattle’s starter – and led Seattle to a win that would help the Hawks eke out their very first spot in the playoffs. Of course, the Raiders won the AFC West, beat the Seahawks in the AFC Championship game and went on to take down the Redskins in Super Bowl XVIII.

1986: Jets 38, Seahawks 7
Do you remember Gale Gilbert? Perhaps better known for an ugly rape charge in 1988 (he was acquitted, but pleaded guilty to assault), Gilbert was somewhat inexplicably handed the starting quarterback job for the 5-3 Hawks after Dave Krieg was benched. Gilbert threw two interceptions and Krieg got his job back the following week (another loss) as the 10-6 Seahawks went on to miss out on the playoffs. 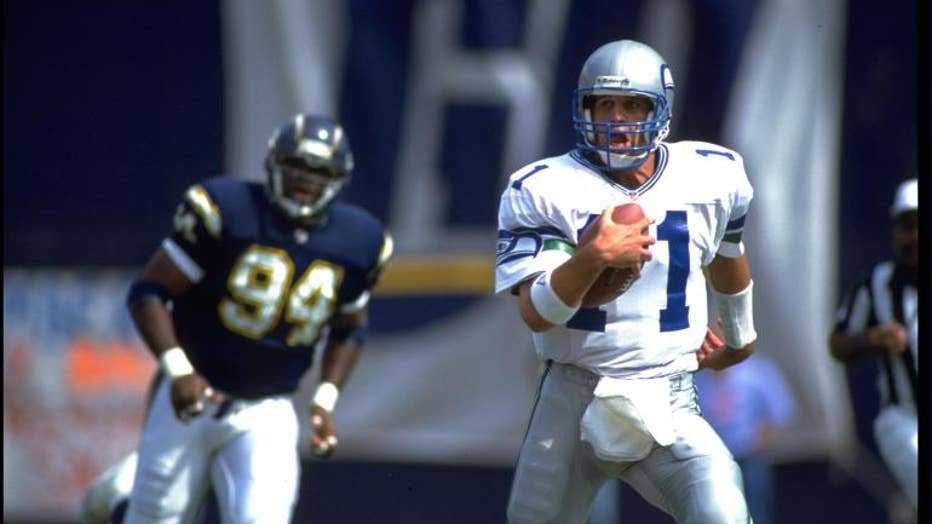 Speaking of Seattle quarterbacks who didn’t work out so sell, remember Kelly Stouffer? Remember when a quarterback controversy raged between Stouffer and Dan McGwire? Those were the days. Anyway, Stouffer didn’t get in the way, throwing for 121 yards and two touchdowns, as the Seahawks got a much-needed divisional win over the Chargers. Seattle won the AFC West and earned its last trip to the playoffs for 10 long years. 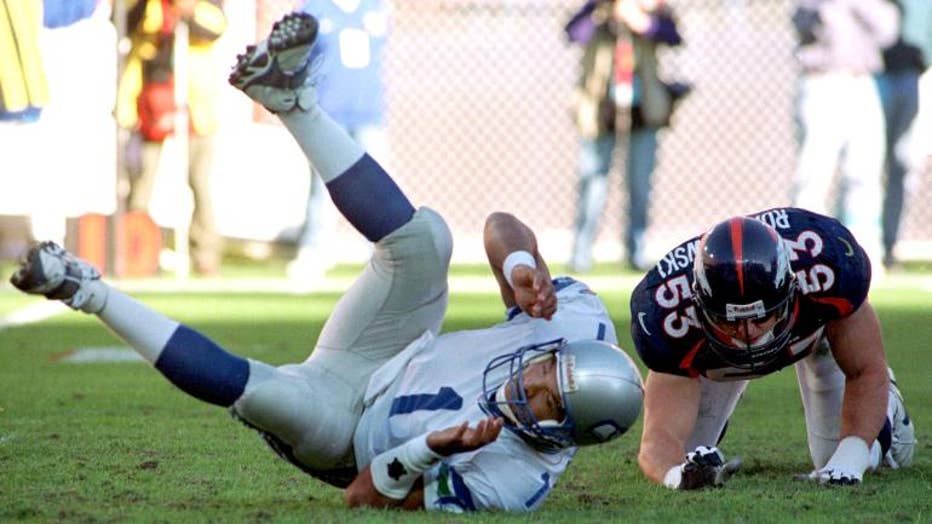 Oh, Seahawks. So close to relevancy, and yet so very far. Seattle came into the game sitting on a 5-3 record and thinking this was the season it would end its nine-year playoff drought. Nope. The Seahawks fumbled five times – losing two – to spoil Warren Moon’s 28-for-46, 256-yard, three-touchdown performance. “We’re close enough to take that last step, but we can’t seem to make that big step,” linebacker Winston Moss said after the game. It was the beginning of a 1-5 skid for the Hawks, who finished the season 8-8. 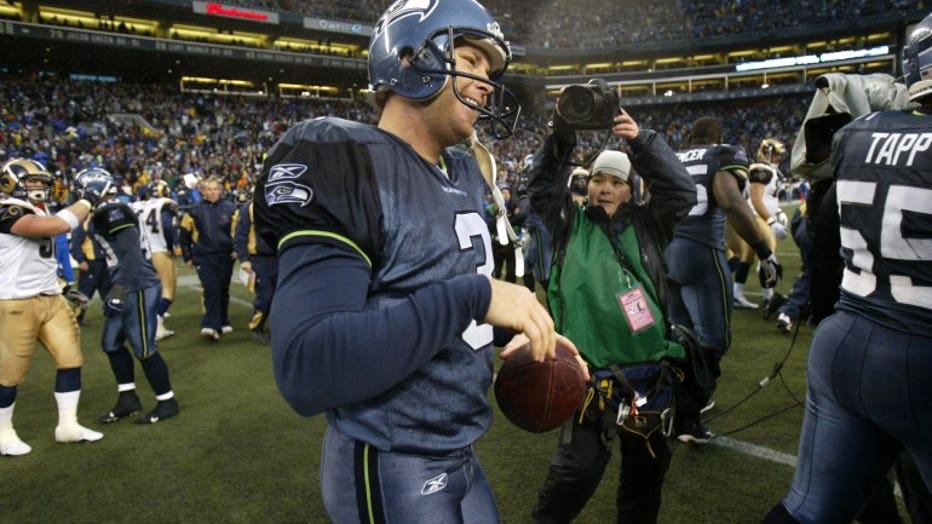 Playing without Matt Hasselbeck (knee sprain) or Shaun Alexander (broken foot), the Seahawks managed to squeak out a huge, huge win over the Rams. Josh Brown was the hero, kicking a game-winning field goal against the Rams in the final seconds for the second time in the 2006 season.  Those field goals would ultimately be the difference, as the 9-7 Seahawks advanced to the playoffs and the 8-8 Rams stayed home.  Seneca Wallace (15-for-23 passing, for 161 yards and two TDs) and Maurice Morris (124 yards on 21 carries) filled in nicely for the injured counterparts. 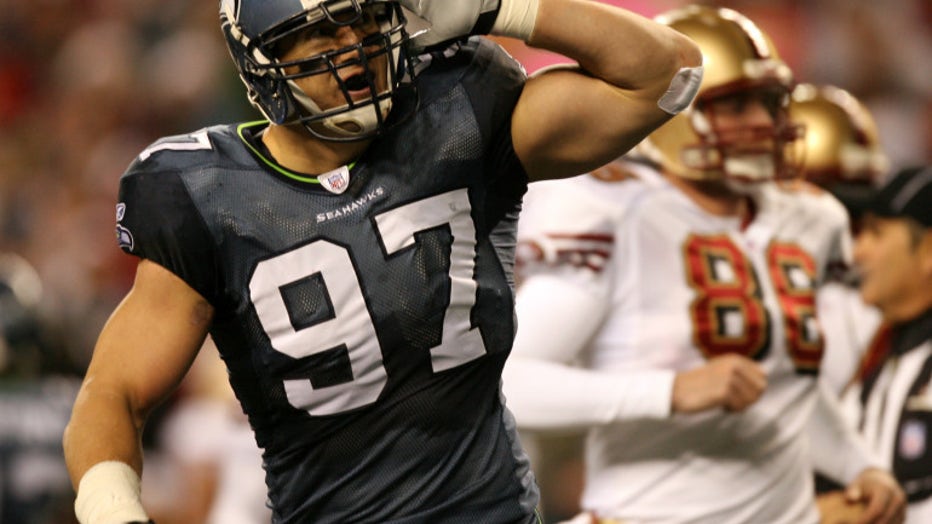 SEATTLE - NOVEMBER 12: Defensive end Patrick Kerney #97 of the Seattle Seahawks listens for the crowd after the Seahawks downed a punt at the one yard line against the San Francisco 49ers at Qwest Field.. (Photo by Otto Greule Jr/Getty Images)

The Hawks were verging on panic mode, having dropped three of their previous four games to fall to 4-4. But Matt Hasselbeck threw for 278 yards and two touchdowns and Maurice Morris ran for 87 yards and a touchdown to spark a five-game winning streak that would ultimately hand Seattle its fourth NFC West title in a row. 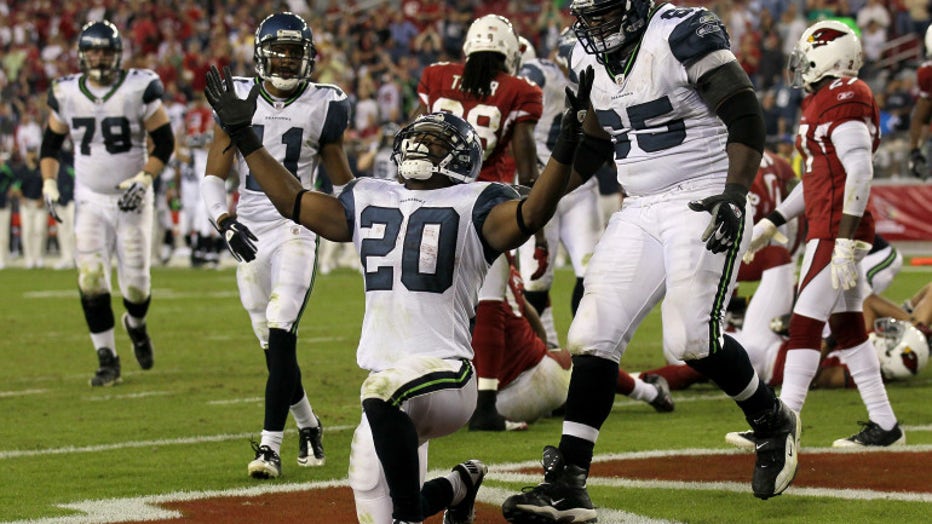 Every win was oh-so-precious in 2010; you’ll remember the Seahawks became the first team to with a losing record to make the playoffs (while playing a 16-game schedule). Anyway, one-seventh of their victories happened in large part thanks to kicker Olindo Mare, who kicked five field goals (and three extra points). Matt Hasselbeck had himself a nice day as well, throwing for 33 yards and a touchdown, and Mike Williams (remember him?) caught 11 passes for 145 yards. 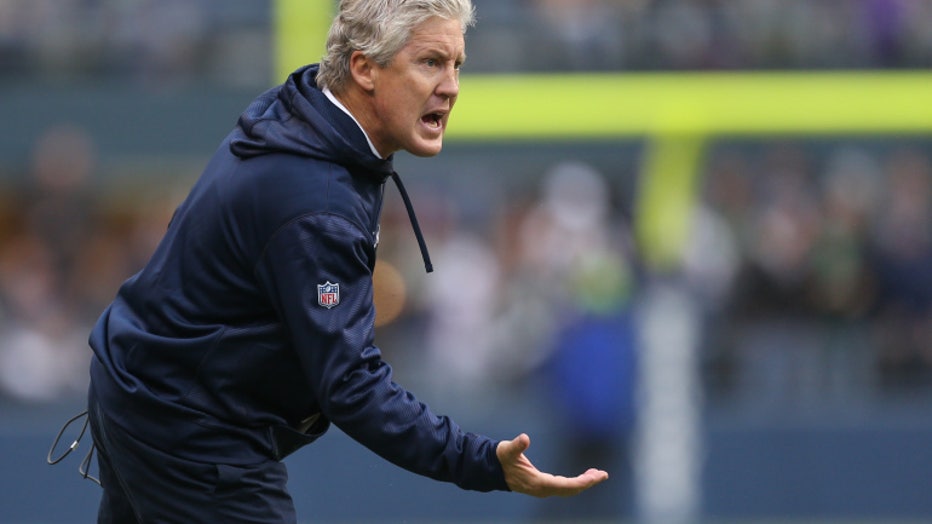 SEATTLE, WA - NOVEMBER 04: Head coach Pete Carroll of the Seattle Seahawks looks on during the game against the Minnesota Vikings at CenturyLink Field on November 4, 2012 in Seattle, Washington. (Photo by Otto Greule Jr/Getty Images)

Seattle was at a bit of a crossroads; the Hawks had dropped to 4-4 after back-to-back losses to the Lions and the hated 49ers. They needed this one, and Russell Wilson and Marshawn Lynch made sure they got it. Wilson threw for three touchdowns and Lynch ran for 124 yards and a TD of his own to spark a seven-wins-in-eight-games streak that got the Seahawks to the Wild Card.