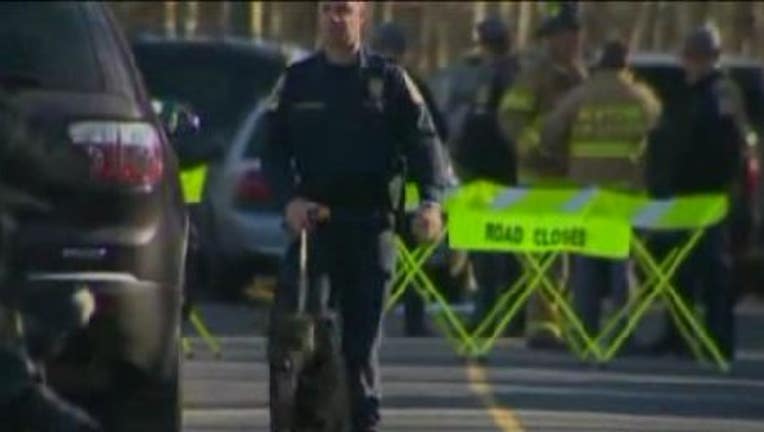 Authorities seized nine guns from an East Hollywood home where a 24-year-old man was arrested after allegedly posting on Facebook a threat of shootings at multiple elementary schools, police said.


Kyle Bangayan, 24, of Pomona, was arrested Sunday at his parents' home in the 1200 block of North New Hampshire Avenue, the Los Angeles Police Department said. He was booked on suspicion of making criminal threats and held on $500,000 bail.

Los Angeles police officers and FBI agents found the weapons — rifles, a shotgun and multiple handguns — along with ammunition, the LAPD said. It was not immediately known to whom the guns belonged.

A search of Bangayan's home in Pomona turned up no weapons or other "related evidence," authorities said.

The LAPD said the alleged threat did not specify a particular school but did refer to a deadly shooting in Newtown, Conn., on Friday in which a gunman killed 20 children and six adults. The alleged threat referred to "kindergarten and elementary school kids," sources said.

The arrest came the same day LAPD Chief Charlie Beck announced daily dedicated patrols around Los Angeles schools to protect against potential shootings. The increased security will begin when students return to classes in January from winter break, he said.

Beck's announcement was in response to the Newtown shooting, in which suspect Adam Lanza opened fire Friday after killing his mother at her home. Authorities said Lanza killed himself after the attack.