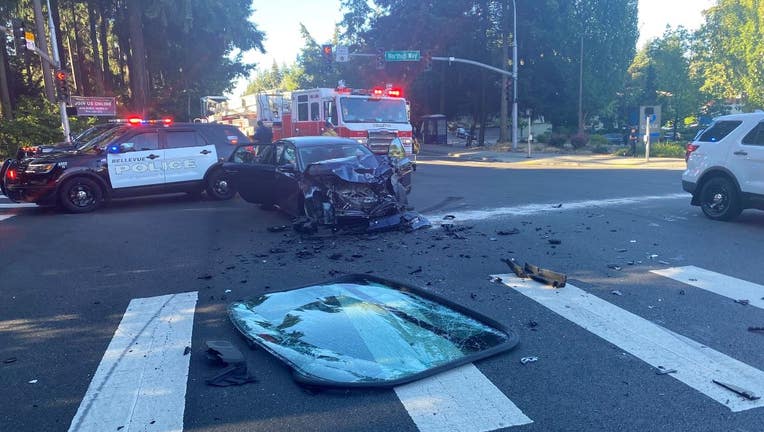 Around 8 a.m., a bus was turning left onto 156th Ave. NE when the bus and another vehicle hit head-on.

The driver of the vehicle was taken to Overlake Hospital with non-life-threatening injuries. Their 81-year-old passenger was pronounced dead at the scene.

No one on the bus was injured.

The intersection of 156th Ave. NE and Northup Way was closed for several hours while police investigated.

Police say at this time, it appears that there were no signs of impairment, and speeding was not a contributing factor.