ROCHESTER, N.Y. (CNN) -- An 8-year-old boy was killed in a mobile-home fire in upstate New York early Monday while attempting to rescue a disabled relative inside, according to authorities. 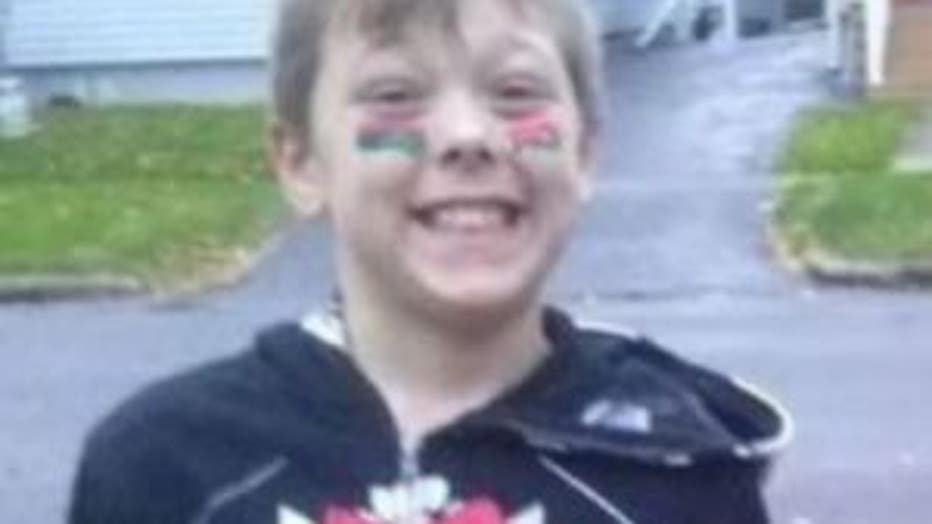 Tyler Doohan, 8, woke six people, saving them from a fire, but died trying to rescue a 7th, disabled relative. (Photo via CNN)

Tyler J. Doohan, of East Rochester, was staying at the home of relatives in the nearby town of Penfield on Sunday night when he noticed a fire in the single-wide trailer, said Penfield Fire Chief Chris Ebmeyer.

As firefighters and sheriff's deputies responded to an emergency call around 4:45 a.m., Tyler was able to wake six other people in the small trailer, including two more children, ages 4 and 6, Ebmeyer said.

Then Tyler went back into the blaze to help his grandfather, who was disabled and would have been unable to get out of the home on his own, Ebmeyer said.

"By that time, the fire had traveled to the back of the trailer," Ebmeyer said. "Unfortunately they both succumbed to heat and smoke."

Their bodies were found together in a back bedroom.

Tyler's uncle was also killed in the fire, his body found in a front room, Ebmeyer said.

Earlier, fire officials had released a mistaken version of the incident, where the grandfather and uncle's locations were switched, due to incorrect information provided by a family member.

"It makes me really proud, it really does, but I just want him back," Tyler's mother, Crystal Vrooman, told CNN affiliate WHAM.

The boy broke away from his aunt outside the burning trailer and ran back inside to try to save his grandfather, she said.

"All I could think about is how he couldn't breathe," she told WHAM.

The pair were found together on a bed in the back room. It appeared that the boy was trying to lift his grandfather from the bed when he was overcome by the smoke and fire, the fire chief said.

yler and his grandfather were like best friends, Vrooman said.

"I'm just so grateful that he went with people that he loved," she said. "He didn't go alone."

The cause of the blaze is still under investigation but believed to be accidental.

The conditions of the six survivors were not immediately available.

Ebmeyer said the trailer had no working smoke detector. He lamented that with so many people in one small mobile home, one alarm could have easily woken everyone in time to escape.

There was at least one space heater inside the trailer, the fire chief said.

Several pets -- including dogs, cats, a rabbit and hamsters -- also died in the fire, Ebmeyer said.

The Penfield Fire Company -- a volunteer unit -- intends to create a public service initiative to spread awareness and get smoke detectors out to the public, he said.

"In bravely and selflessly giving his own life, he was able to save the lives of six others -- and he truly is a hero."