HACKENSACK, N.J. — A 78-year-old Long Island woman, who had been parked outside of a Burger King since Friday because she was afraid to drive home in the blizzard, was found dead in her parked car Monday morning.

The woman, of Medford, N.Y., told Burger King employees she was afraid to drive home in the snow Friday night and would stay in her Cadillac in the restaurant parking lot on Hackensack Avenue, according to Hackensack police.

The Burger King closed a short time after she talked to the employees.

At 8:30 a.m. Monday, workers found the snow-covered Cadillac still parked in the lot with the driver, unresponsive, inside.

The cause of death is still unknown, PIX11 reports.

Police believe there was no foul play and that she did not die from carbon-monoxide poisoning because the car was not running and the keys were not in the ignition when she was found. The car's tailpipe was clear of snow.

The woman's name has not been released, pending notification of relatives.

Her body was turned over to the medical examiner's office and an autopsy is planned.

If the woman's death is weather-related, she would be the third person to die in New Jersey as a result of the blizzard that slammed the East Coast with over two feet of snow, according to NJ.com. On Saturday, a mother and her one-year-old son died from carbon-monoxide poisoning in a car whose tailpipe was blocked with snow.

At least 29 people died as a result of weekend snowstorm — nine in New York, six in North Carolina, six in Virginia, two in New Jersey and one each in Kentucky, Maryland, Ohio, Pennsylvania, Delaware and Washington, according to CNN. Majority of the deaths were due to shoveling snow. 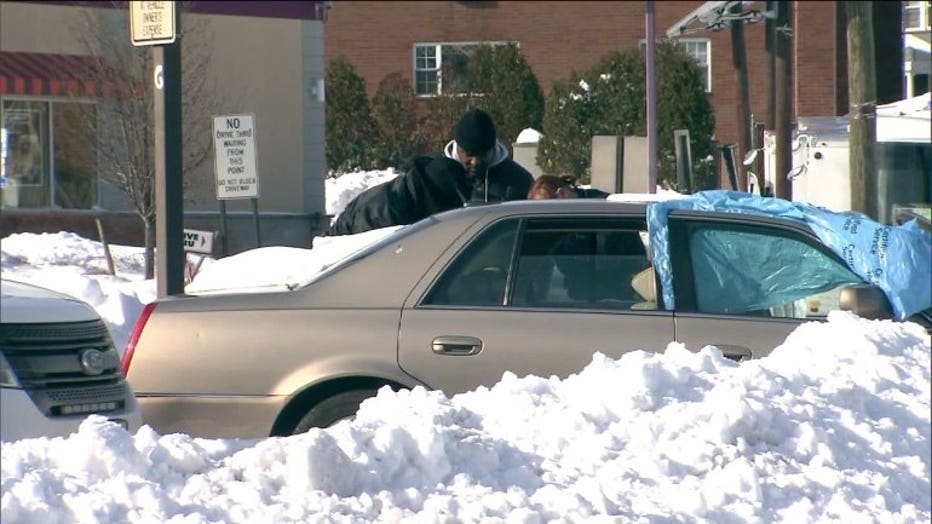 Investigators comb the scene where a 78-year-old woman was found dead in her car parking outside a Burger King restaurant in Hackensack, N.J., on Jan. 25, 2016. (Photo: Vincent Shields, PIX11 News)