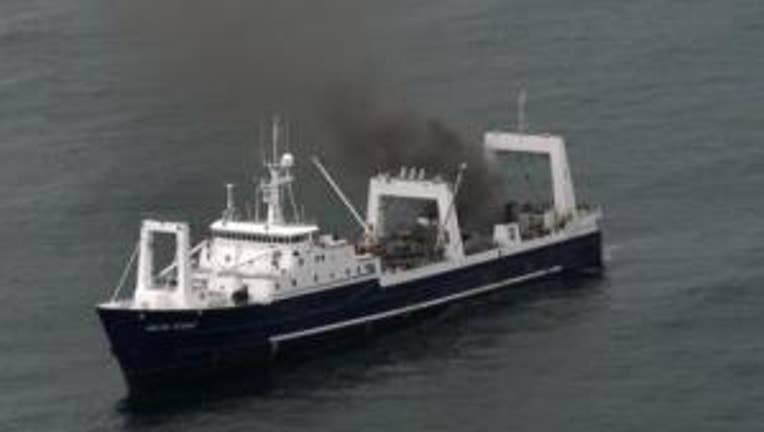 A tug is enroute to tow the Arctic Storm to Aberdeen, Wash., the Coast Guard said Monday night.

The Coast Guard also issued an Urgent Marine Information Broadcast to alert other ships in the area that would be in a position to help the crew.