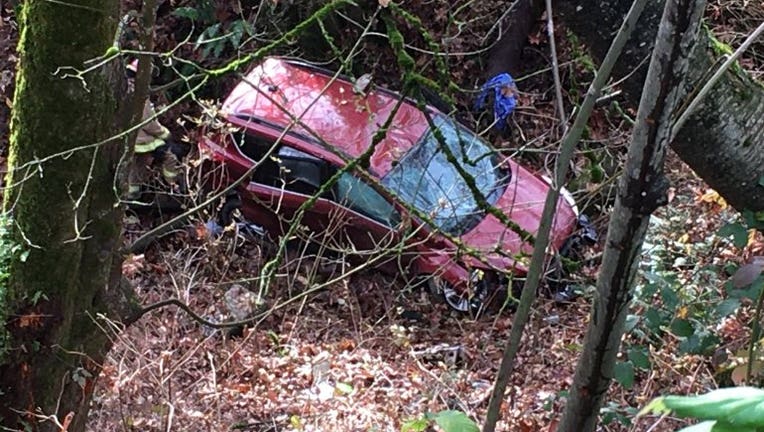 SNOHOMISH, Wash. -- A 74-year-old man was rescued after he drove off a 60-foot embankment west of Snohomish.

The Everett Daily Herald reports the man missed his turn early Thursday. When he backed up to turn around, his vehicle went over the edge of the road.

A Snohomish sheriff’s spokesperson says the man was likely at the bottom of the embankment for hours.

His wife reportedly woke up at 8 a.m. and realized he wasn’t home, so she reported him missing.

The man got himself out of the car but couldn’t make it up to the road. Around 10:45 a.m., a neighbor was out feeding horses when she heard someone yelling for help. She saw the man at the bottom of the embankment and called 911.

Rescue crews used ropes to rappel down and pulled him out on a backboard.