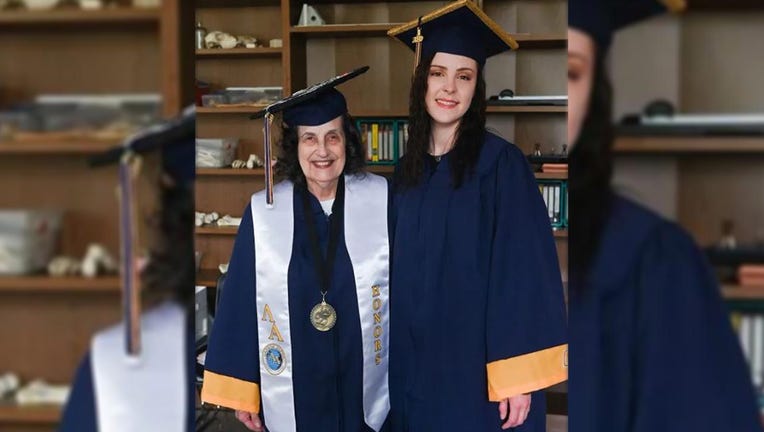 CHATTANOOGA, Tenn. - A grandmother graduated alongside her granddaughter from a university in Tennessee, supporting each other along the way and creating a memory the two of them will certainly cherish forever.

Pat, described as a “low-key force of nature,” had spent most of her adult life working in accounting while raising her children and grandchildren and had settled into retirement. In the late 1970s, she took an accounting course at Kennesaw State University in Atlanta. She left after one semester and moved to Chattanooga, where she worked at local accounting firms, according to the university.

Over the next two decades, Pat took a “few courses here and there” at the university while simultaneously raising kids and working full-time, but never finished her degree.

“The money for the classes had to be used for classes only after living expenses and the children's expenses were taken care of. This meant there was very little left for my education,” Pat said in a news release.

Good things that happened in 2020

From small acts of kindness to awe-inspiring events, there were some good things that happened in 2020.

After retirement, Pat said she became somewhat of a “homebody,” which wasn’t her normal speed. Her family pushed for her to finish school — and she enrolled at UTC in 2017.

Grandmother and granddaughter had always planned to graduate together, which meant that Pat would need to take five courses per semester, plus labs, to do it, the university said.

“I always brag since she started going to school with me,” Melody said in the news release. “I’ve told people, like every class, all my friends, ‘Oh, Nana, she goes to school, my Nana, my Nana, did you hear that? And everybody’s always like, ‘Oh wow, that’s so cool.’ She knocked it out of the park.”

The pair received their degrees during the same commencement ceremony on the university’s Chamberlain Field.

Three generations have now earned degrees from the university, as Pat’s daughter, Darla Ormond, also graduated from UTC in 1994 with a degree in special education, the school said.