POULSBO, Wash. -- A 70-year-old pilot is in critical condition at Harborview Medical Center after he crash-landed his airplane in Kitsap County on Monday. 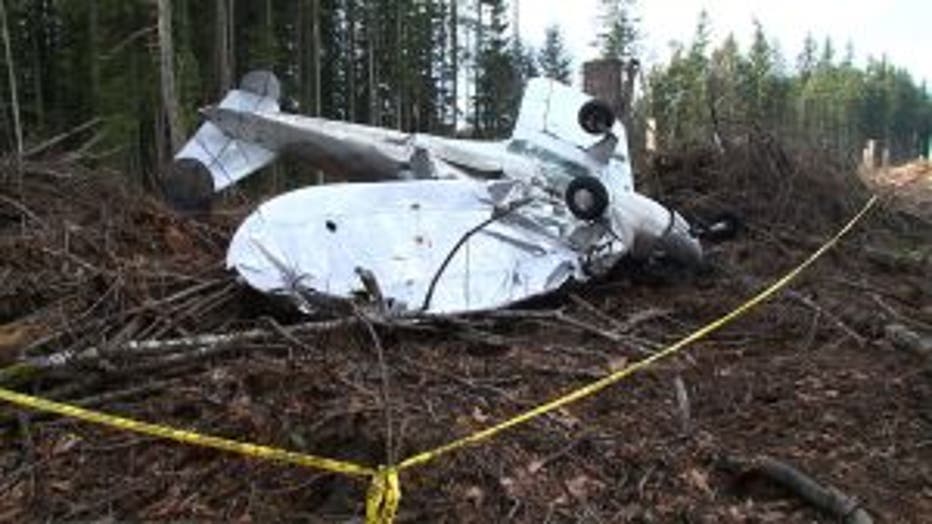 Kent Curtis’s plane, an Ercoup, flipped onto its roof when it crashed in a clearing behind a few homes near Noll Road.

Firefighters say if it wasn’t for Curtis’ GPS device they might never have rescued him before nightfall.

“That GPS device I’m sure saved his life,” said Jody Matson with the Poulsbo Fire Department. “Had it been 30 minutes later and it was dark out and we were trying to search in the dark, it would have taken longer to find him.”

Neighbor Mark Freiboth didn’t hear the plane crash but he did see Curtis airborne prior to the accident.

“He was a very skilled pilot to be able to avoid people and property and bring his plane down in one piece,” said Freiboth.

Curtis managed to crawl out of the smashed cockpit and call 911 for help on his cell phone.

“I can’t recollect immediately prior to crash,” Curtis told a Kitsap County 911 operator. “I don’t know what happened but my plane is upside down here.

Curtis was bleeding after his aircraft slammed into the ground.

“I’m not in any real pain but I don’t think I’m in real good shape either,” Curtis told the operator.

Medics rushed to the clearing and began dressing Curtis’ wounds and later airlifted him to Harborview Medical.

The Federal Aviation Administration spent Tuesday afternoon combing the crash scene looking for a cause of the accident.

“The hunch is that the plane stalled or something,” said Matson.

Neighbors are commending Curtis for his ability to crash-land the plane without injuring anyone on the ground.

“This was probably the clearest place he could find around,” said Freiboth. “He had a lot of skills to bring it in as soft as he did.”