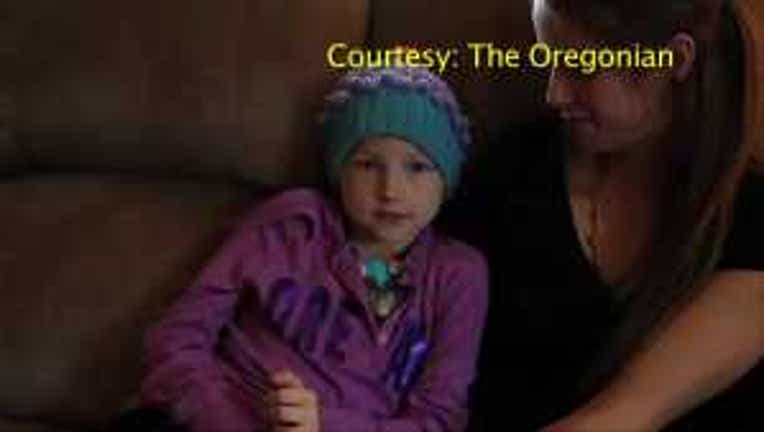 SEATTLE -- Seven-year-old Mykayla Comstock was diagnosed with leukemia and deals with several side-effects from chemotherapy treatments.

“It (chemotherapy) makes you not eat very good and it makes you feel kind of pukey,” Comstock said.

Mykayla's mother told The Oregonian that as soon as she found out her child had cancer and would be receiving chemo, she knew she was going to treat her with medical marijuana.

“I felt like I was going to lose my child at that point. I knew I would do whatever it took to save her life,” said Erin Purchase, Mykayla’s mother.

Purchase said with the medical marijuana treatments, such as cannabis oil, she has her daughter back.

In Oregon, there is no age limit for medical marijuana treatments. The same rule applies in Washington.

The Washington Department of Health has no way of monitoring who is using medical marijuana or how old they are.

In Washington, Dr. Greg Carter, said he would be willing to recommend marijuana to children under certain circumstances.

Not all experts agree.

Dr. Leslie Walker, an adolescent medicine specialist at Seattle Children’s Hospital, said, "There are many studies that look at 15 year olds to 18 year olds who use marijuana during that time and they lost IQ points. They had brain damage that was not recovered when they stopped using.”

Walker said she would never recommend medical marijuana under any circumstances.

"I can't find a treatment I would give medical marijuana for, especially not somebody that has such a young developing brain,” she said.

To read the full article in The Oregonian, click here.