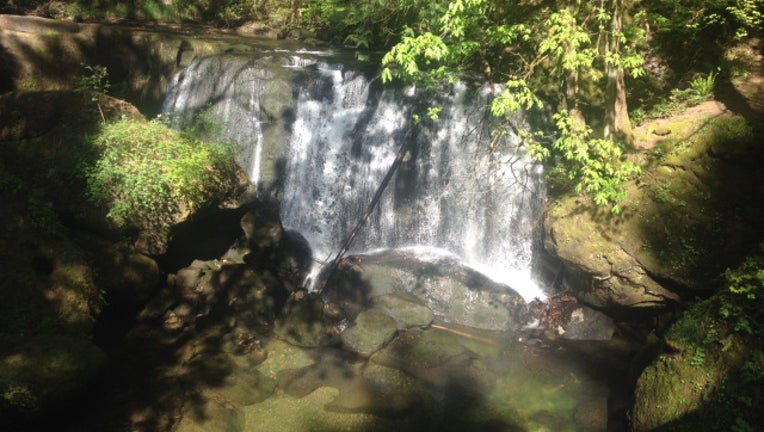 SEATTLE -- A 7-year-old boy who fell into the Whatcom Falls while on a hike with his family Tuesday has died.

Officials in Whatcom County received word Tuesday afternoon that the boy fell in Whatcom Creek. Firefighters, Bellingham police and the Whatcom County Sheriff’s Office Swift Water Rescue Team rushed to the scene, but before they could begin the search, the amount of water going over the falls had to be reduced.

One hour and 40 minutes after the boy went under, he was located at the base of the falls. He was taken to Seattle Children's Hospital, where he later died.

The parents of the boy released this statement following the boy's death:

“We would like to thank everyone for their support and prayers. We are especially grateful for the efforts of each and every one of Bellingham's rescue teams, Police and Fire departments, and most importantly, the medical staff at St. Joseph's Hospital and Seattle's Children's Hospital. Because of them, we got the opportunity to be with our son for a couple days longer. We will forever be indebted to them for their care and determination in saving our baby boy.

Although we have lost him, we are comforted in knowing that our pain and heartbreak was not in vain. He had dreamed of becoming a hero by being a firefighter. And although that dream did not come to fruition, he was able to be a hero to three different individuals and their families, as well as medical research, through organ donation. We have no doubt that that is what he would have wanted. We believe he was an angel with a mission and he fulfilled that mission when he was returned to God. Our little angel is the hero that he's always wanted to be and we take pride in the short time that we had with him, as he touched each person that he ever crossed paths with.

He will never be forgotten and forever be in our hearts. Please continue to pray for our family through this pain and appreciate your time with your loved ones.”