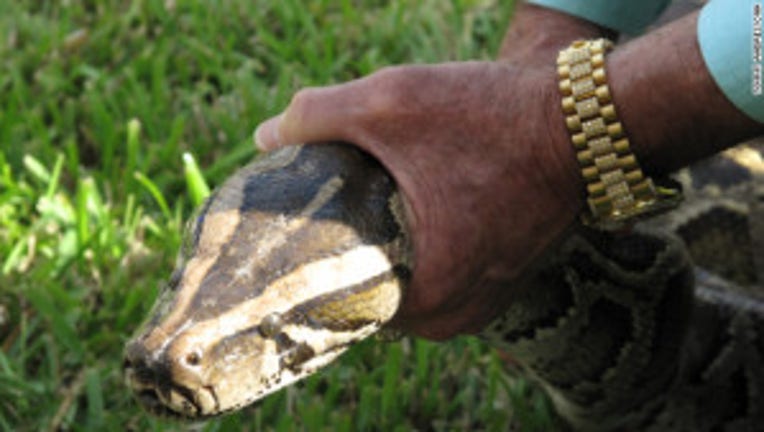 MIAMI -- They can reach lengths of 18 feet and their numbers are estimated to be in the tens of thousands, but Burmese pythons, a nuisance in the Everglades, aren't easy to find.

"It's an amazing challenge to try to come out and hunt these big snakes," hunter Dennis Jordan told CNN Miami affiliate WSVN in the closing days of the 2013 Python Challenge sponsored by state officials.

The Florida Fish and Wildlife Conservation Commission announced Saturday that 68 Burmese pythons were killed during the January 12-February 10 competition that drew 1,600 registrants lured by prizes of up to $1,500.

Though the take was small, wildlife officials said their main aim was heightening public awareness of the invasive species.