According to the National Weather Service in Fairbanks, Alaska, Wednesday will begin a 66 day period of near-darkness in this city along the Arctic coast.

LOS ANGELES - Within the Arctic Circle lies a phenomenon, where months go by when the sun doesn't rise above the horizon for more than 24 hours.

This is called the polar night, and residents of America’s northernmost town, Utqiaġvik, Alaska – formerly known as Barrow — will watch this happen Wednesday.

According to the National Weather Service in Fairbanks, Alaska, Wednesday will begin a 66 day period of near-darkness in this city along the Arctic coast.

The farther north of the Arctic Circle, the longer the polar night becomes. This can range from 27 days in Arctic Village to 65 days in Utqiaġvik.

What is the polar night?

The polar night is a term when night (when the sun is below the horizon) lasts for more than 24 hours inside the polar circles.

This is caused by Earth’s rotation to the position of the sun. As a result of Earth’s tilt of 23.5 degrees, there are periods of the year when places in the Arctic Circle or Antarctic Circle are either completely obscured or exposed from the sun. 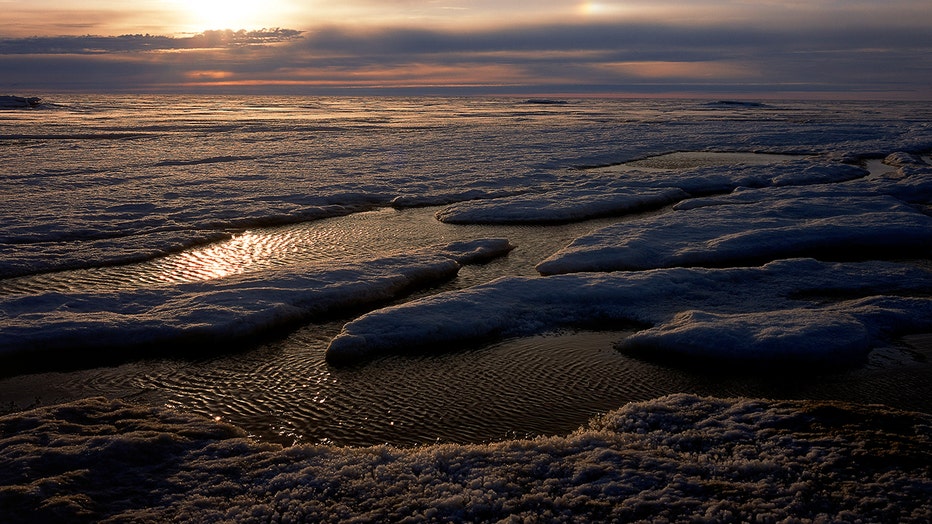 The view from a bush plane as it approaches Cooper Island August 2001 off of Barrow, Alaska.

“Because the Northern Hemisphere tilts away from the sun in the fall and winter, areas north of the Arctic Circle – within 23.5 degrees of the North Pole – experience more than two months when the sun never pops above the horizon,” The Weather Channel reported.

Utqiagvik lies within the Arctic Circle, so in the winter months -- when the Northern Hemisphere is tilted away from the sun -- the sun remains below the horizon.

But, this doesn’t necessarily mean that areas north of the Arctic Circle will experience complete darkness. When the sun is six degrees below the horizon, there is still enough sunlight for objects to be seen outside.

“Civil twilight is about six hours long near the beginning and end of polar night, but shrinks to about 3 hours in the heart of the polar night just before Christmas,” The Weather Channel said.

The opposite occurs in the Northern Hemisphere’s warm season, between May and August when the sun does not set for more than two months. This is known as the polar day.