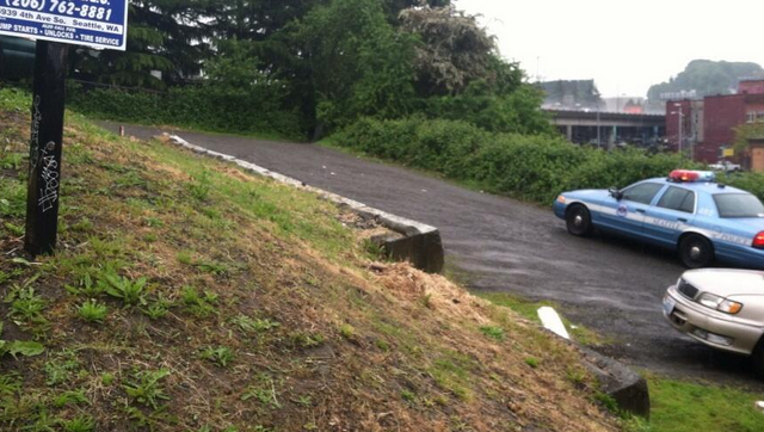 Responding to a reports of a stabbing, police officers found a man with blade cuts in a shoulder and his abdomen.

"The victim was uncooperative and refused to provide information regarding the attack," police said on the crime blotter.

The victim had serious, but non-life threatening injuries and was transported to Harborview Medical Center for treatment, police said.

Witnesses described the suspect as a black male, 6 feet- 6’2 tall, short hair, clean shaven, wearing a long sleeve beige shirt and dark pants. The machete he was carrying had a silver blade with a decorative red handle.

Police said that anyone with more information is asked to call 911 and refer to this incident.05.08.14 ck