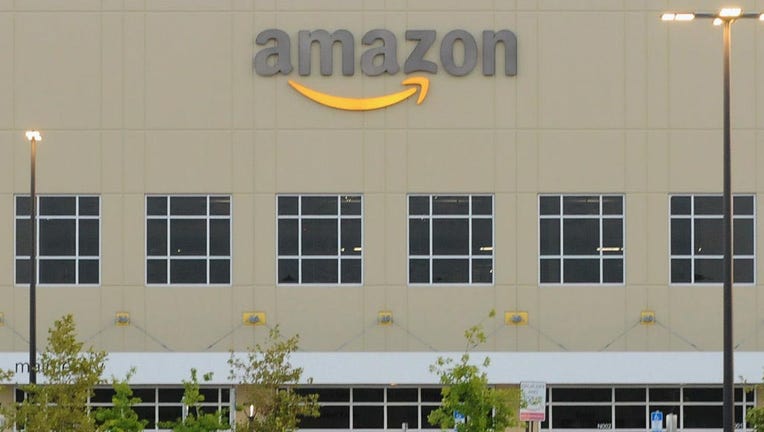 Employee vehicles are seen in the parking lot at an Amazon fulfillment center on July 14, 2019 in Orlando, Florida. (Photo by Paul Hennessy/NurPhoto via Getty Images)

BESSIMER, Ala. - Roughly 6,000 Amazon workers at an Alabama facility will vote next month on whether to unionize, potentially forming the first U.S.-based union in the company’s history.

Employees at the e-commerce giant's fulfillment center in Bessemer, Ala., a suburb of Birmingham, will cast a vote by mail starting Feb. 8 to decide whether to join the Retail, Wholesale and Department Store Union, according to a decision posted Friday by the National Labor Relations Board (NLRB).

Employees at the Bessemer facility had filed a petition in November with the board saying they wanted to hold an election on forming the union to represent the 1,500 full and part-time workers at the fulfillment center.

A hearing was held in December, facilitated by the NLRB, in which Amazon sought to broaden the bargaining unit by adding seasonal employees and other workers, according to the decision.

But the company and the labor union disagreed on how the election should be held. The union pushed to let workers vote by mail over coronavirus concerns, while Amazon sought to hold the vote in a parking lot adjacent to the facility, which the NLRB ultimately rejected.

The ballots, which will be submitted by mail amid the pandemic, must be received by the National Labor Relations Board’s regional office by March 29. The federal labor regulator will begin counting ballots the next day, according to the decision.

"Having a union at Amazon would give us the right to collectively bargain over our working conditions including items such as safety standards, training, breaks, pay, benefits, and other important issues that would make our workplace better," a website in support of unionizing Amazon's Bessemer workers states.

"Amazon sometimes addresses issues at work but it’s all temporary. A union contract is in writing, negotiated upon, and Amazon would need to legally follow the guidelines and there are mechanisms to hold them legally accountable to us as workers," the website adds.

A look at Amazon during the COVID-19 crisis

As the world faces the impacts of the coronavirus pandemic, so too does the world’s largest retailer, Amazon.

The push to unionize comes as Amazon has faced a surge in demand during the coronavirus pandemic, with many turning to the online shopping behemoth for groceries, supplies and other items online. It is one of the few companies that has thrived during the outbreak, bringing in record revenue and profits in 2020 —  even though it had to spend $4 billion on cleaning supplies and to pay workers overtime and bonuses.

But the Seattle-based company has also come under intense scrutiny from its own employees and lawmakers over worker safety, calling for more transparency related to COVID-19 figures. Last year, workers expressed their grievances against Amazon through protests and strikes.

In May, more than a dozen state attorneys general also signed onto a letter requesting detailed information on what measures Amazon has taken to strengthen its worker protection policies.

"Amazon and Whole Foods must take every possible step to protect their employees and customers during the COVID-19 pandemic," Massachusetts Attorney General Maura Healey said in a statement in May. "We again call on these companies to provide assurances that they are complying with state laws and federal guidance aimed at keeping essential workers safe during this crisis."

In a corporate blog post, Amazon said that between March and mid-September 2020, it employed 1.4 million frontline Amazon and Whole Foods employees in the United States. The company said it assembled a team of scientists, software engineers and other specialists to lead an initiative focused on testing Amazon employees for COVID-19, and was "conducting thousands of tests a day" across hundreds of U.S. sites.

In October, Amazon released data on its employees’ infection rates for the first time after calls to do so. It reported nearly 20,000 of its front-line U.S. workers had tested positive or been presumed positive for the virus that causes COVID-19.

The company said that the infection rate of its employees was well below that seen in the general U.S. population. Amazon added that it provided the data as part of its effort to keep employees informed, and to share details and best practices with governments and other companies.

In a statement, Amazon spokesperson Heather Knox said the fulfillment center opened in March and has since "created more than 5,000 full-time jobs in Bessemer, with starting pay of $15.30 per hour, including full healthcare, vision and dental insurance," as well as other employee benefits.

"We work hard to support our teams and more than 90% of associates at our Bessemer site say they would recommend Amazon as a good place to work to their friends," Knox said in the statement. "We don’t believe the (Retail, Wholesale and Department Store Union) represents the majority of our employees’ views. Our employees choose to work at Amazon because we offer some of the best jobs available everywhere we hire, and we encourage anyone to compare our total compensation package, health benefits, and workplace environment to any other company with similar jobs."

Some Amazon workers have unionized in Europe, but the company has managed to fend off unionization in the U.S. In 2014, a small group of mechanics and technicians at a Delaware site voted against a plan to join the International Association of Machinists and Aerospace Workers, according to the Wall Street Journal.

Earlier this month, a small group of employees at Google and its parent company Alphabet announced they had formed a union, creating a rare foothold for labor organizers in the tech industry.