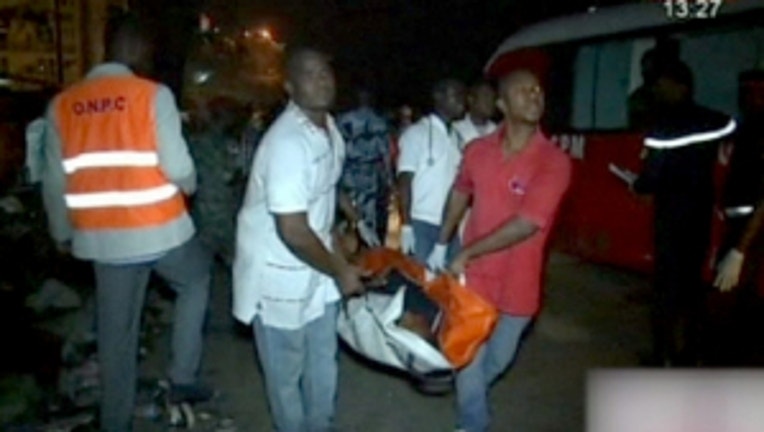 ABIDJAN -- Ivory Coast's president declared three days of national mourning and promised a speedy investigation into the New Year's Day stampede that killed 60 people, most of them women and children.

"The president of the republic offers his saddest condolences to the families and close relations of the victims and ensures them of his compassion in those painful circumstances," President Alassane Ouattara's office said in a statement issued Tuesday night.

Ouattara went to the scene of the disaster and has ordered the government to take care of the injured, his office said.

"He also asked an investigation to be carried out as soon as possible to determine the circumstances and causes of this stampede," the statement said.

Interior Minister Hamed Bakayoko said the tragedy happened as hundreds of people were trying to go home after the fireworks display ended in Plateau, the city's central business district.

The crush was near a stadium, Bakayoko said, adding that the proper security measures were in place during the fireworks show.

In addition to the deaths, Bakayoko said, another 49 people were injured, two seriously.

Many of the victims were trampled on or suffocated by the surging crowd, a senior fire official said on national television.