BURLINGTON, Wash. -- Five people are confirmed dead following a shooting at the Macy's store  in the Cascade Mall in Burlington Friday night, the Washington State Patrol said.  The shooter remains at large.

Washington State Patrol Sgt. Mark Francis said that a single man with a hunting rifle walked into the mall in Burlington, about 65 miles north of Seattle, and opened fire around 7 p.m, then left the scene before police arrived. He was last seen walking toward nearby Interstate 5.

Francis tweeted a photo of the suspect, describing him as a male in his 20s wearing gray clothes. Francis declined to comment on an unconfirmed report that the gunman yelled a woman's name when he entered the store.

Though originally calling the suspect Hispanic, police later said the description came from witness testimony and were not certain on his race. 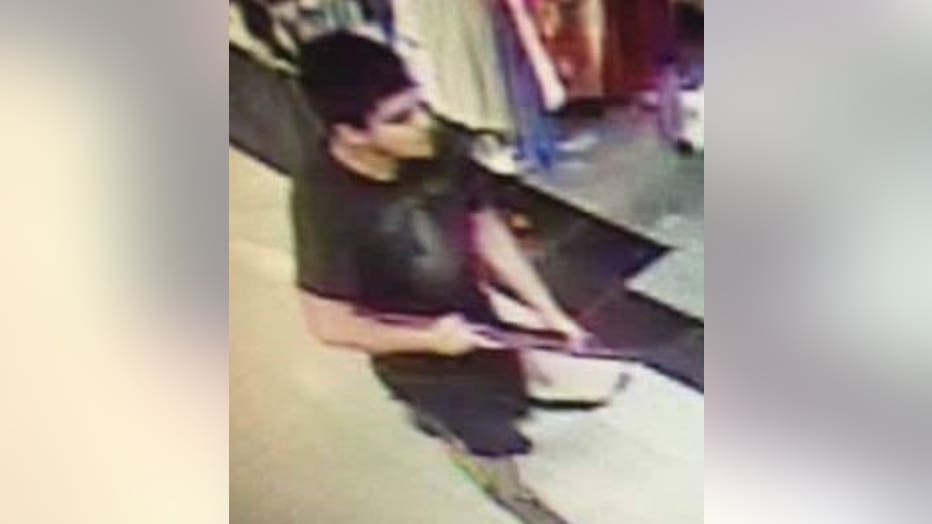 In a news briefing just before midnight, Francis updated the casualty numbers. He said four women were found dead in the Macy's store in the mall and a fifth person, a man,  was airlifted to Seattle's Harborview Medical Center in critical condition.

Francis had earlier said that three people were dead and two people were injured. They have not released the ages or identities of the victims.

Francis said at about 8:30 p.m. the mall had been evacuated and emergency medical personnel were cleared to enter and attend to any injuries. Francis said survivors inside the mall would be transported via bus to His Place Community Church at 480 S Burlington Blvd, Burlington.

Three dead in shooting at Cascade Mall in Burlington; suspect remains at large

Police have closed all road-access mall entrances and streets surrounding the mall.

The FBI, ATF and several other agencies joined in the investigation and the search for the suspect.  Francis said another briefing would be held at 8 a.m. Saturday at the county commissioner's office.

Reports of the shooting began coming in about 7 p.m.  Friday centering around the Macy's in the mall.

Q13 News interviewed one woman whose daughter worked at the mall. The woman, Marcie Thompson, described a frantic scene.

"She told me she was screaming and that she could hear a gunshot," Thompson said.

Below is a store map of the 434,00 square-foot Cascade Mall. 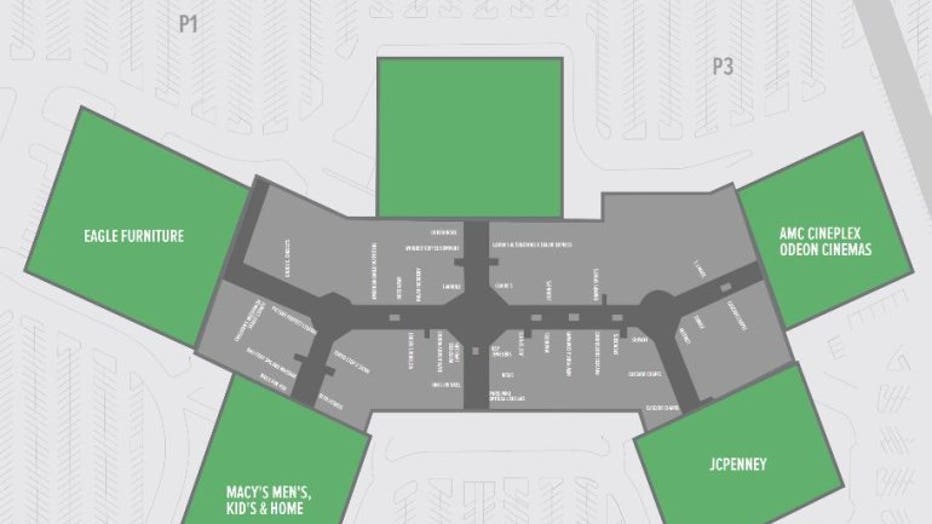 Gov. Jay Inslee says a tragedy has struck in Washington state in Burlington, where a shooter has taken the lives of at least three people.

The governor said in a statement that many questions remain but state patrol and local law enforcement are on the scene working swiftly to locate the shooter and clear the area.

"Trudi and I send our condolences to the families of the victims and prayers for anyone injured. We urge residents to heed all safety and detour warnings. Stay close to your friends and loved ones as we await more information and, hopefully, news of the suspect's capture."

The Burlington-Edison's football game against Lakewood was postponed following reports of the shooting. On Saturday, the Skagit Valley College in Mount Vernon closed their campus.

The Skagit County Sheriff's Department, the Washington State Patrol, the Bureau of Alcohol, Tobacco and Firearms and Explosives along with the FBI are assisting with the investigation.

The FBI's Seattle bureau tweeted the FBI has no information to suggest additional attacks planned in Washington State. They also said they are assisting with intel review and manpower.

According to the Seattle Times, this is the seventh time this year in Washington that at least four people were shot in a single incident.

On Saturday, Macy's posted to Facebook, saying thoughts went out to the victims and the community of Burlington.

We will update this story when more information becomes available.