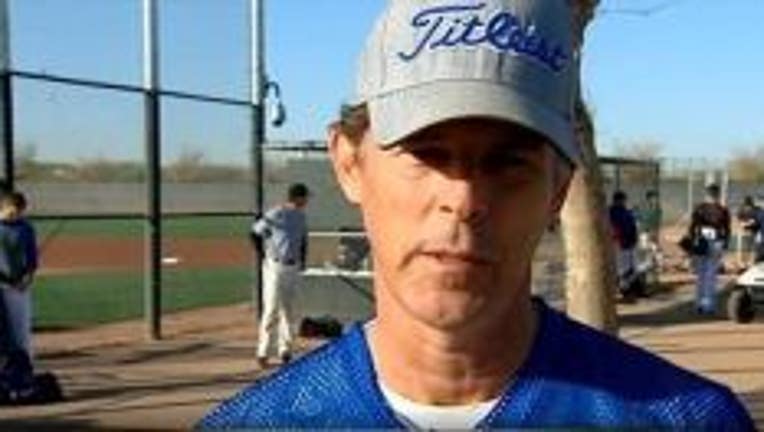 FOX 10 News Staff Report -- More than 35 years after playing in a Major League Baseball farm league as a teenager, a 54-year-old got a second chance at his dream.


Since having his first shot at playing in the MLB, Tom Wright, a former outfielder, spent time playing on spring training teams and even had a stint in the Mexican Major Leagues.

But he always wanted to land on a MLB roster, so he recently posted a YouTube video of his batting practice and throwing the knuckleball -- which garnered some big league attention.

"The Dodgers expressed interest, the Tigers, the Cubs and the Marlins," said Wright.

He says age is not a factor.

Wright decided to come to the valley for a chance at landing on either the Cubs or Dodgers.

And Dodgers legend Tommy Lasorda was there to get a first hand look and shared his thoughts on the knuckleball.

Wright says although he can throw the knuckleball, he has a few other tricks in his bag.

Unfortunately, Wright didn't make the Dodgers team, but he won't give up hope.