General Glen D. Vanherck provided an update on the Afghan evacuees that are being housed in eight different installments across the United States on Thursday.

WASHINGTON - During a Pentagon news briefing, Gen. Glen D. Vanherck announced that as of Thursday, a total of approximately 53,000 Afghan evacuees are being temporarily housed across eight different military installations across the United States as part of Operation Allies Welcome.

The total capacity across all eight U.S. military installations is 64,000, according to Vanherck.

A total of 2,600 Afghan evacuees have been resettled, making room for more evacuees.

"Our Afghan guests are living in a safe and secure environment with climate control billets, eating three healthy meals — and culturally appropriate meals each day, including 24/7 grab-and-go options — and enjoying recreational, classroom and other activities," Vanherck said. 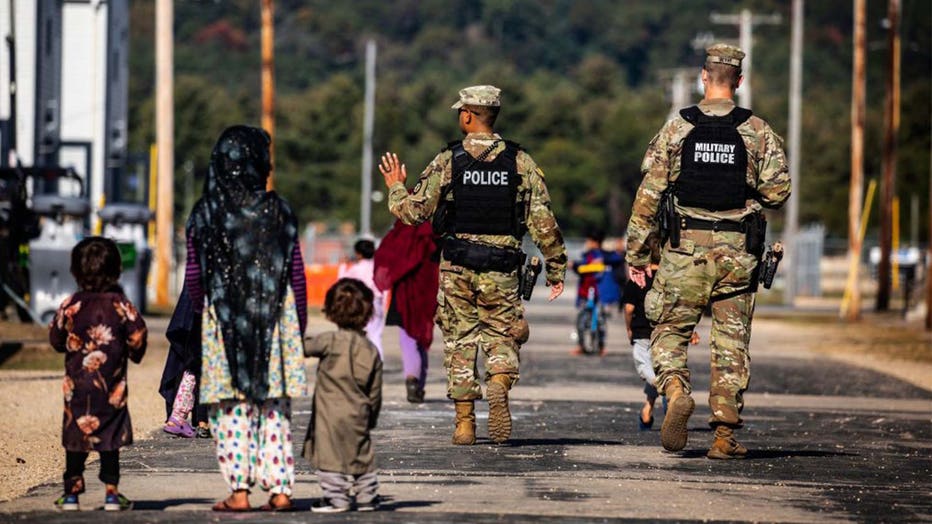 FILE - US Military Police walk past Afghan refugees at the Village at the Ft. McCoy US Army base on Sept. 30, 2021 in Ft. McCoy, Wis.

RELATED: More than 50,000 evacuated Afghans expected to be admitted into US

The general went on to confirm that 100% of the Afghan evacuees at each installment have been given the required general vaccinations and 84% have received their COVID-19 vaccines.

Overall, VanHerck said there have been 24 cases of measles, including 12 cases that are currently active. He said that as of Thursday, all of the Afghans have been vaccinated for measles, and the 21-day waiting period will start ending early next week for some, depending on when they got the vaccine.

Out of the 53,000 evacuees residing across all eight installations, there have been only eight reported criminal cases among the evacuees which is "on par and in most cases significantly lower than the rates that we're seeing in similar-sized populations across the United States," the general said.

Vanherck said the U.S. is prepared to host the evacuees for "as long as we need to conduct this mission."

VanHerck said that there are 4,000 evacuees at the U.S. bases who have completed their medical and other screening processes and have been cleared to leave and resettle in the U.S. As they begin to move to their new homes, that will free up room at the bases for those being flown in from overseas.

"I would anticipate that the flights will start here in the very near future," said VanHerck. "Next week we could see something" because the 21-day vaccination process would be complete.

"We’re relying on the output to ensure that we’d have enough capacity for the additional remaining Afghans coming this way," he added.

Thousands of Afghans were airlifted out of Afghanistan in a chaotic evacuation effort in the wake of the U.S. military withdrawal and the swift takeover of the country by the Taliban.

Operation Allies Welcome was described by officials at the DHS and Department of State as a "historic" and "unprecedented" effort to facilitate the relocation of a huge number of refugees in less than a month’s time.