Incredible images have come out of the area, which has resulted in several fake photos being circulated online. 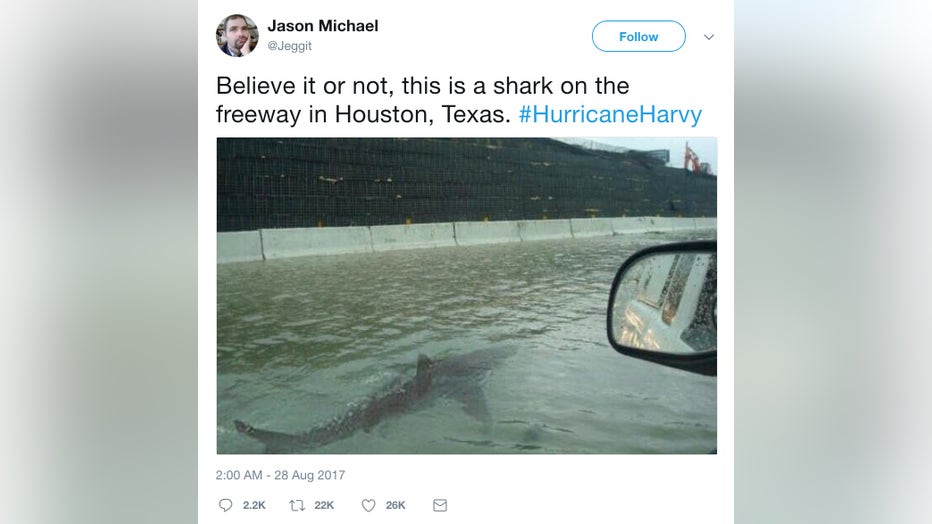 Believe it or not? Don't. This photo has been shared during every major flood for the last several years. It apparently first surfaced during Hurricane Irene. 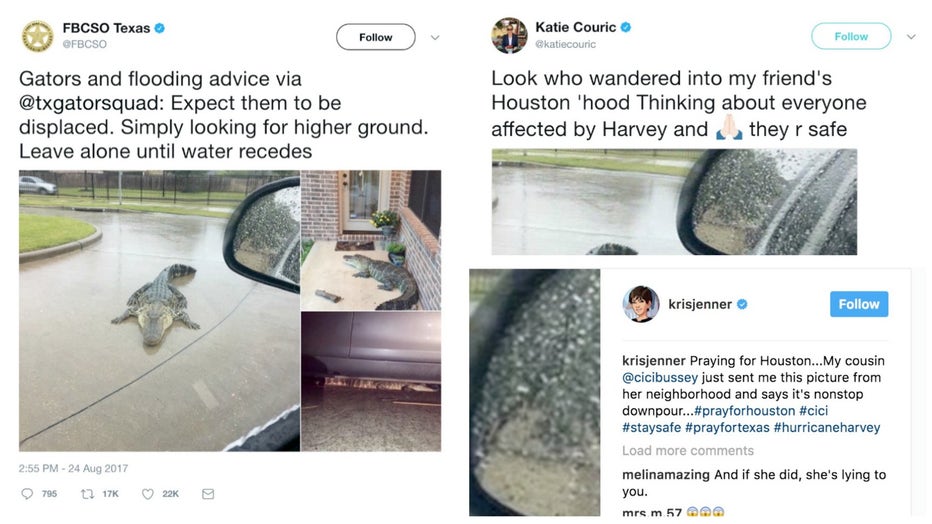 While the two alligator images are real -- the photos were not taken during Hurricane Harvey. A local sheriff's office shared the images as a warning to residents and the images were then redistributed as photos taken during Harvey. 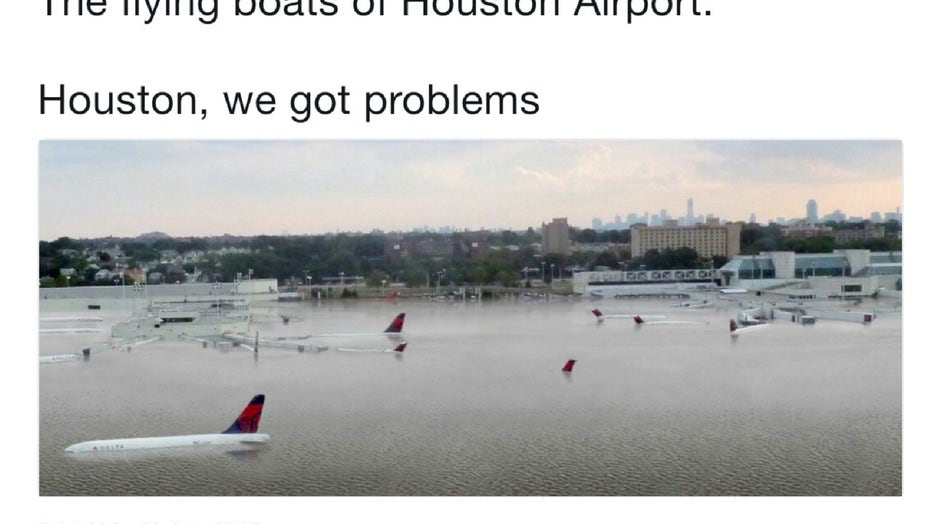 This photoshopped photo actually shows LaGuardia Airport and was part of a 2013 article about airports facing an increasing threat of rising seas. 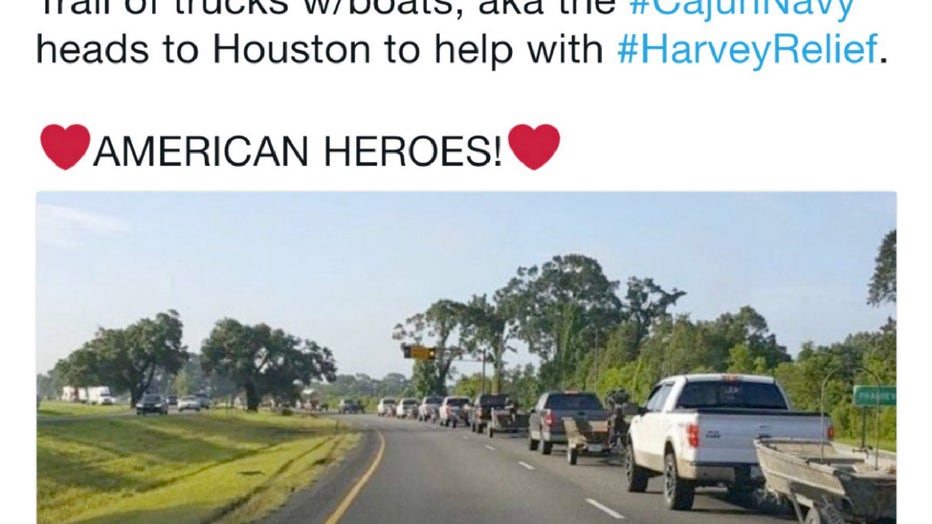 A fake photo that purportedly shows the "Cajun Navy" responding to Houston is circulating on Twitter. The volunteers are already in Houston, but the photo of the convoy is from 2016. 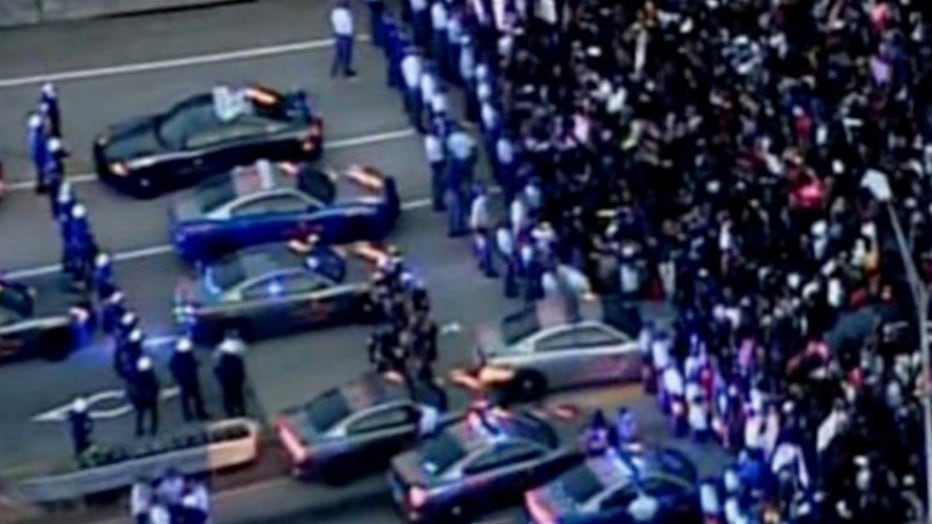 An image that purportedly shows a group of Black Lives Matter blocking emergency crews in Houston is fake. The image is from a July 2016 CNN video.