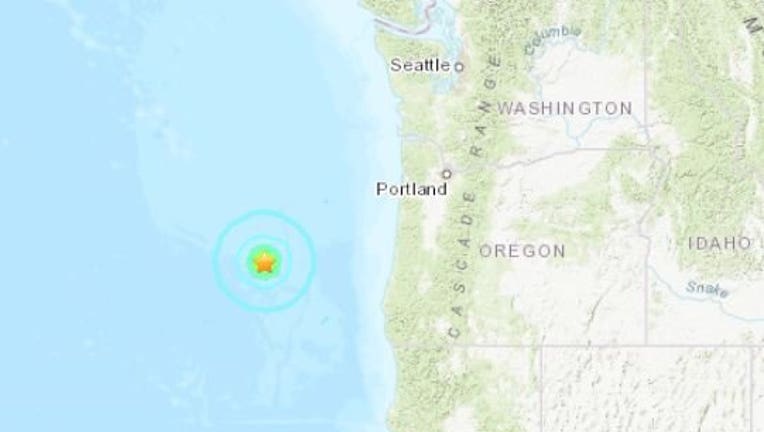 COOS BAY, Ore. -- An underwater earthquake with an initial 5.9 magnitude has struck off the southern Oregon coast.

The U.S. Geological Survey said Thursday morning that no tsunami is expected from the quake, which happened about 180 miles from land at a depth of 7 miles.

There were no reports of damage or injuries.

The larger quake happened around 8 a.m. in the same area where a 6.3-magnitude temblor struck on Aug. 29, less than a week ago.

The larger quake Thursday was preceded by one with an initial 3.8 magnitude.

The earthquakes off the coast of Coos Bay, Oregon are being caused by slipping along an offshore fault that has nothing to do with the more well-known Cascadia fault, which is believed to be overdue for a major Pacific Northwest earthquake.

How does the Shake Alert system work?

The earthquake warning app can tell people that a quake is happening up to a minute in advance, giving them precious time to evacuate or find shelter.