A total of 47 Alameda County Sheriff's deputies were told on Friday that they were relieved of their law enforcement duties because they received "unsatisfactory" on psychological examinations dating back to 2016, KTVU has learned.

OAKLAND, Calif. - A total of 47 Alameda County Sheriff's deputies were told on Friday that they were relieved of their law enforcement duties because they received unsatisfactory results on their psychological examinations dating back to 2016, KTVU has learned.

That means the deputies –  roughly 5% of the 1,000-member sworn force – who received "D. Not Suited" will be stripped of their arresting powers and firearms, but they will retain their pay and benefits.

KTVU obtained a copy of the letter over the weekend.

In his letter, Sheriff Gregory Ahern promised to schedule another psych exam and that his intention is to "resolve this issue as quickly as possible" and "return to full duty status once you obtain a ‘suitable’ finding."

On Monday, Sheriff's spokesman Lt. Ray Kelly said it "was horrible" to have to relieve the deputies of their duties.

Kelly said he hoped that the retests would occur in the next "couple months." He said he had no idea how many of the 47 deputies would be able to get their jobs back. Thirty deputies work at Santa Rita Jail, where there have been 59 in-custody deaths since 2014, and the remaining 17 have jobs elsewhere, including patrol, Kelly said.

In a surprising upset vote, Ahern was ousted in the June election and will leave his post, which he has held since 2007, in January.

As for whether the public can trust the results of the second test, Kelly said that they will all be conducted with a POST-certified psychologist who doesn't work for the sheriff. POST stands for the California Commission on Peace Officer Standards and Training. 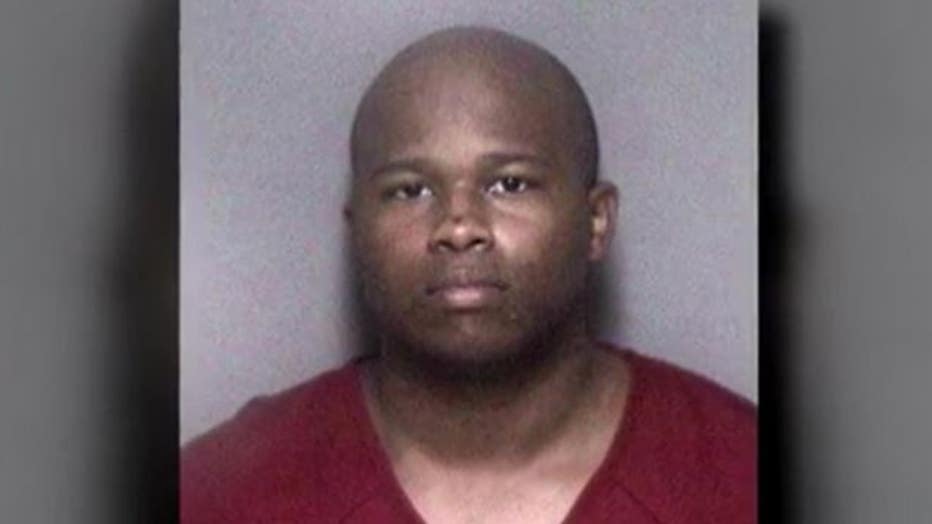 The letter comes in the same month that former Deputy Devin Williams Jr., 24, shot and killed a couple in their Dublin home after he finished a double shift at Santa Rita Jail. He had been having a romantic relationship with the wife, who had been a nurse at the John George Psychiatric Center.

Four sources told KTVU that Williams failed his psychological exam and because of liability issues, the sheriff is now auditing who else in the department might have also failed.

When asked if the audit was prompted by Williams, Kelly answered: "I'd have to say yes."

Williams did not pass the probationary period when he applied for a job with Stockton police, KTVU reported earlier.

However, he was hired as an Alameda County Sheriff's deputy in September 2021.

At a news conference on Sept. 7, Kelly said that Williams passed all the reference and psychological tests and there was nothing in his background that would have prevented him from being hired as a deputy. Kelly called Williams' record with the department "immaculate."

Civil rights attorney Adante Pointer questioned just how many cases would have to be opened up again if these unsuitable deputies were involved in any type of arrests or excessive force. Pointer also pointed out how long these deputies have been working on the streets with these type of test results.

And Kara Janssen, an attorney who is helping to supervise the consent decree over certain aspects of the Santa Rita Jail, told KTVU that she found this issue "deeply concerning."

First, her firm was never told about the unsatisfactory letters; she was alerted over the weekend by KTVU.

And second, she wants to know how many deputies work in the jail, where her authority lies over the treatment of mentally fragile inmates.

In addition, she noted how stressed the department will be with nearly 50 less badged employees being able to perform their normal duties; other deputies will now have to pick up the slack working even more overtime.

All four sources who spoke to KTVU on condition of anonymity said that they feel the psychological exam process under Ahern has been flawed. They alleged he often passes his friends and family on these tests to get them hired and nixes the candidates he doesn't like.

Kelly did not have an immediate response to that, other than to say, "I don't know about that. I hope he's not operating like that."

Kelly added that the department has been under "tremendous pressure" to hire more deputies under the consent decree and that is extremely difficult to hire the right people for the tough job.

"I know that people are going to assume that all these deputies are killers," Kelly said. "But that's not true. This test tries to find out if you are psychologically suitable for the job, to handle all the horrible things we see. At the age of 22, sometimes you're not. I know this isn't good. But it's not as bad as it sounds."

While Kelly said the test often tries to determine maturity issues, a source who used to do recruitment for the Sheriff's Office said that the rules used to be much stricter before Ahern.

Candidates are given a multiple choice exam to determine the psychological fitness of a candidate to "protect public safety" and ensure that law enforcement hires are "free from any mental condition, including bias against race or ethnicity, gender, nationality, religion, disability or sexual orientation that might adversely affect" their exercise of power. The test also tries to ensure that the candidate is "capable of withstanding the psychological demands of the position."

The test assesses behaviors such as integrity, maturity and control, dependability, attention to detail, leadership, flexibility, teamwork and initiative, to name a few attributes. The test also seeks to uncover "counterproductive work behaviors," such as substance abuse, anxiety, depression and anger issues.

EDITOR'S NOTE: This story has been corrected to reflect that 47 deputies make up 5% of the sworn sheriff's department, which has 1,000 employees with law enforcement badges. Of that, there are 500 deputies at the jail.

Lisa Fernandez is a reporter for KTVU. Email Lisa at lisa.fernandez@fox.com or call her at 510-874-0139. Or follow her on Twitter @ljfernandez