TOUTLE, Wash -- Start a conversation with Joe Bongiovanni, you will learn endless information about Mount Saint Helens and its explosive history.

“This brought a large dangerous volcano right into our back yard,” said the volcano enthusiast, looking up at the still active volcano.

For the 45-year-old, the fascination with Mount St. Helens began when he was just a boy in New Jersey. He still talks about the images on national television, May 18, 1980. 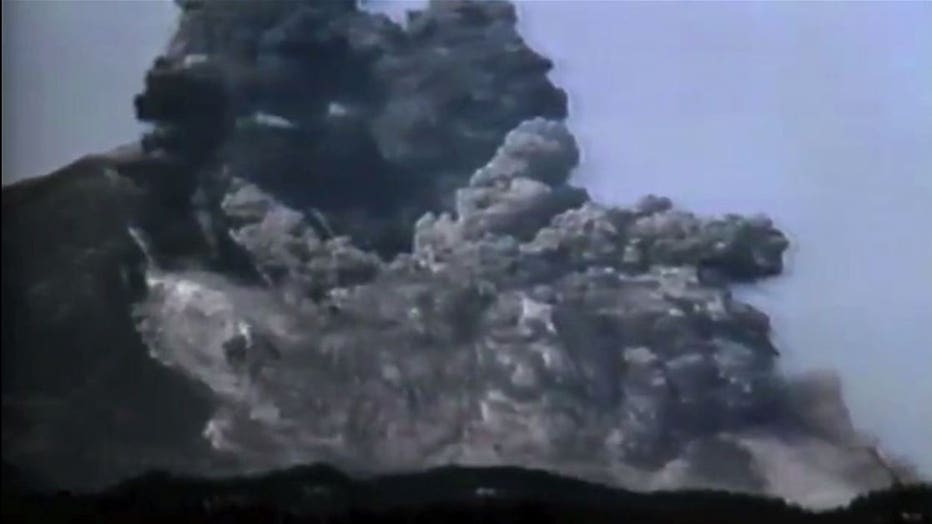 Bongiovanni's obsession with the volcano continued into adult life. He planned his honeymoon to come here to see it volcano for himself. Then moved here with his wife in 2010.

“It was a 5.1 quake and the north side of Mount Saint Helens slid off into the valley," Bongiovanni recounted. "It was basically a cubic mile of material that was pulled out of the north side of the mountain.”

For him, the stories come flowing back like the wall of mud, boulders, and debris known as a lahar that raced right down the Toutle River. 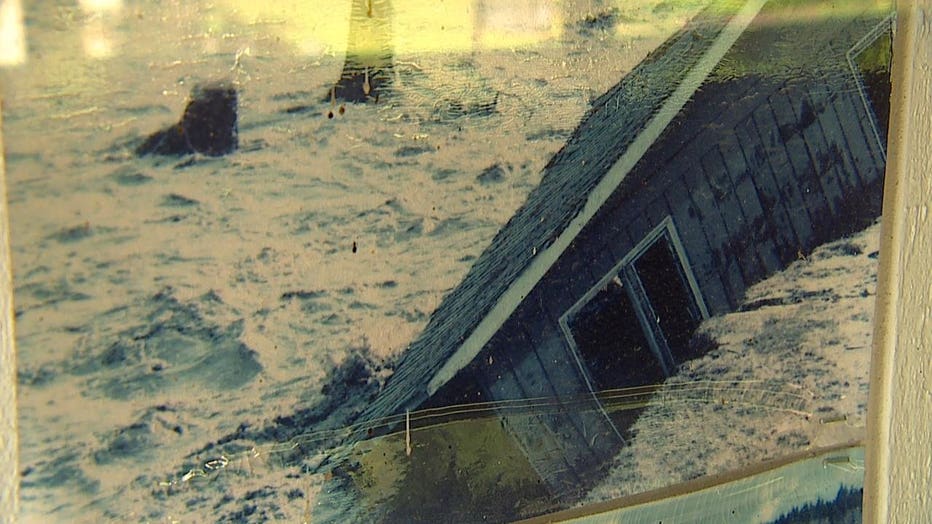 Bongiovanni showed us the spot at what was once the end Spirit Lake Highway, where the mud from the eruption buried a neighborhood.

In total, more than 200 homes were damaged or destroyed by the eruption. Some were swept away.

Bongiovanni said, “Removed them all from their foundations and sent them down the river there were a lot of homes that went down the Toutle River and a lot hit the I-5 bridge.”

One home that was not destroyed by the lahar was a newly built A-frame vacation home. It was partially buried in six feet of mud. Remarkably, it's still standing today. 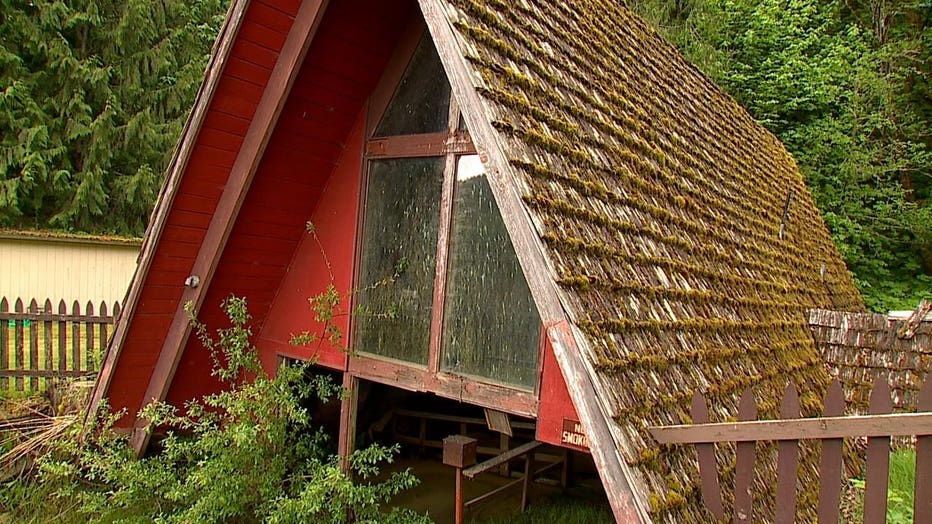 “It’s kind of a standing monument to what happened at that time, Bongiovanni said. "Because this particular building, to my knowledge, is the last building that’s standing that was directly affected by the eruption.”

Back in 1980, it didn’t take long for word to get out that the A-frame somehow survived the eruption. The curiosity surrounding it continues today. 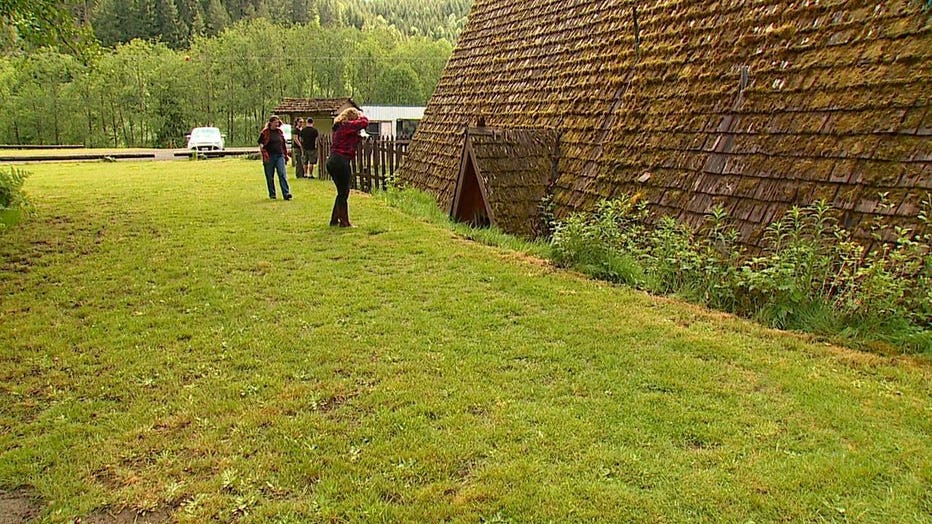 He's right. Rob Allee, a tourist from Vancouver who grew up in Eastern Washington and experienced the ash that filled the air after the 1980 eruption, brought his family to see the half-buried A-frame.

“The fact that it’s still standing is a testament to whoever built it,” Allee said.

Knowing the A-frame needed to be preserved to help share the history of Mount St. Helens, Bongiovanni quit his career in optometry in 2017 and purchased the property. He and his family now operate the North Fork Survivor's Gift Shop, which offers eruption t-shirts, dishes made of ash, pumice from the volcano, and other memorabilia. They also provide helicopter tours in the summer, showing off the crater of the nearby volcano. 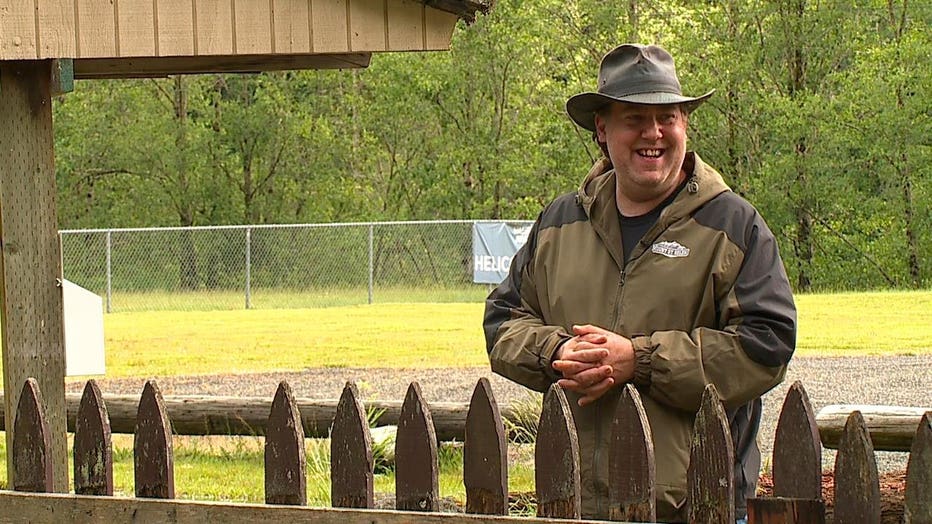 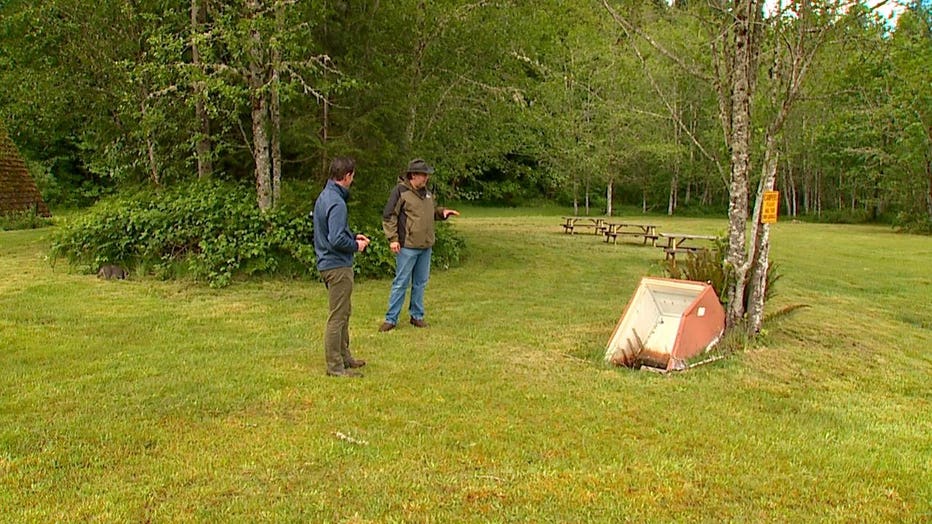 Joe Bongiovanni shows off a refrigerator on the property. It's from a destroyed home and has been stuck in that spot since the eruption in 1980.

“Our hope is to keep it here, visible to the public, as long as possible,” Bongiovanni said.

A boyhood fascination with a volcano, that for Bongiovanni, became a life-long commitment.

“My interest with it is not only was it a huge geological event," Bongiovanni said. "But a human story that‘s behind it that needs to be remembered.”