SHANKSVILLE, Pa.  — A tower that honors the passengers and crew killed when a hijacked plane was crashed into a rural Pennsylvania field is now in place, the final major feature of a 2,200-acre memorial.

The Tower of Voices was dedicated Sunday, with remarks from former Pennsylvania Gov. Tom Ridge and the park's superintendent.

The 93-foot structure at the Flight 93 memorial north of Shanksville is designed with a wind chime for each of the 40 who died on Sept. 11, 2001.

Ridge, who became the first head of the federal Homeland Security Department, said the chimes will provide "an everlasting concert by our heroes."

Three other hijacked planes were crashed into the World Trade Center in New York and the Pentagon. Nearly 3,000 people died in the attack.

President Donald Trump is expected to attend the 17th anniversary event at the Pennsylvania site on Tuesday. 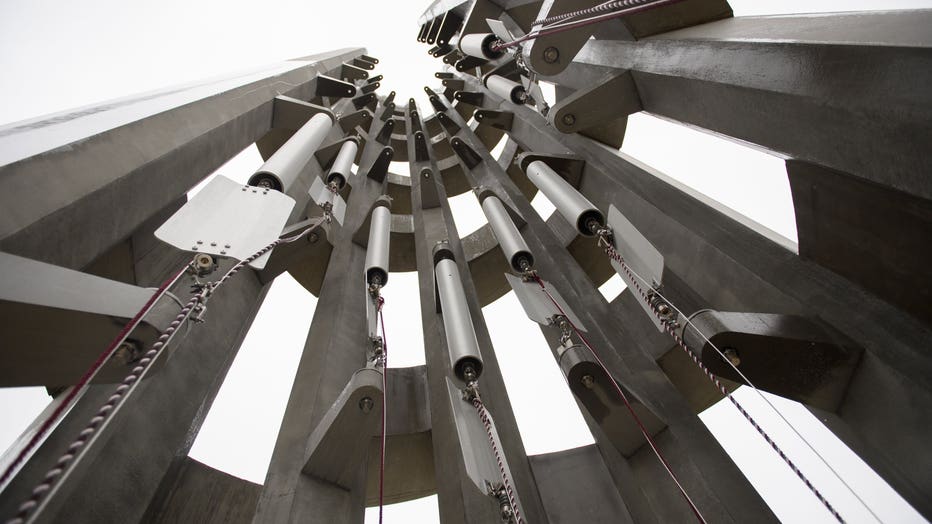