KIRKLAND -- A 40-foot mature tree came crashing down on Jesse Nguyen's Kirkland home while he and his family were sleeping and broke through the ceiling wrecking their living room and almost injuring Jesse while he slept.

Jesse Nguyen said he fell asleep on the couch last night and woke up to a giant booming sound and then what felt like feathers falling on his face. 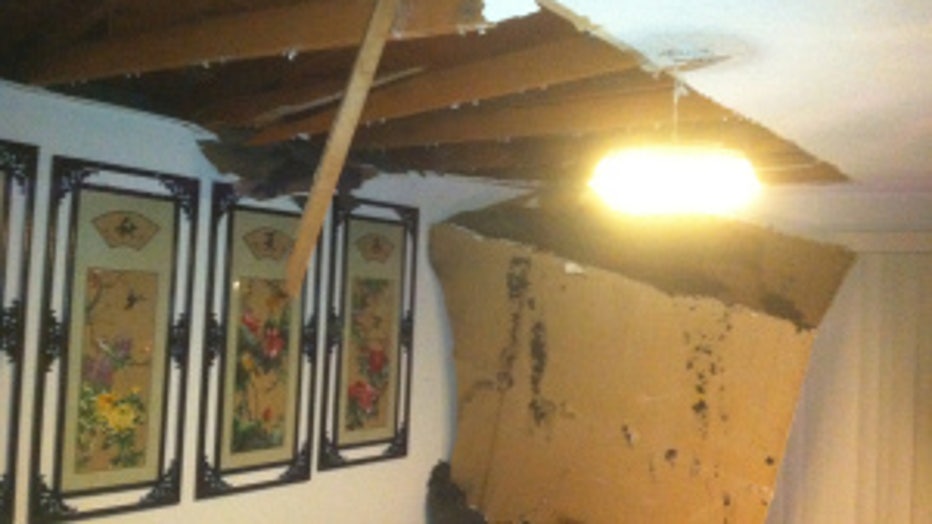 His family soon discovered a tree had fallen on top of the house right above where Jesse was sleeping.

The dry wall and insulation is scattered around their living room

and rain is pouring into their house. Jesse just feels lucky to be alive after his roof kept the tree from collapsing on top of him.

Jesse and his family just moved into the home three months ago. He is also a huge Seahawks fan and says he will do whatever it took to watch the big game.

If you can safely take photos of storm damage in your neighborhood, please e-mail them to tips@q13fox.com.