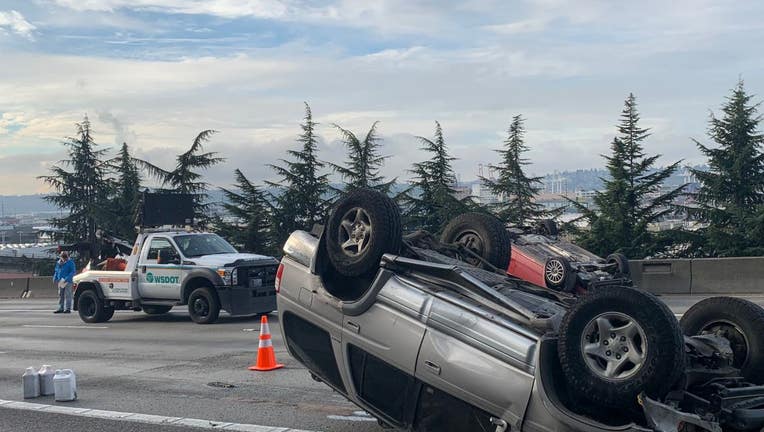 SEATTLE - All lanes of traffic are have reopened on I-5 N in downtown Seattle, just south of I-90, after a crash. Previously, all but one lane was closed.

According to Washington State Patrol, two cars rolled over on both sides of the freeway.

WSP Trooper Rick Johnson said the incident is being investigated as a vehicular assault and the driver that caused the rollover is in custody for DUI.

The Seattle Fire Department said they were treating at least four patients.

As a result of the crash, traffic was funneled into one center lane.