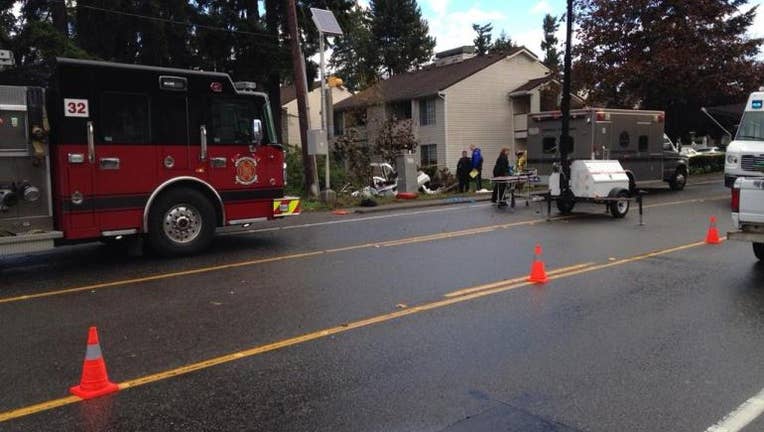 AUBURN -- Four people were killed and two seriously hurt in a collision early Saturday in Auburn.

According to Valley Regional Fire Authority, several people inside the car were ejected when it hit a pole around 2:00 a.m. in the 3700 block of Auburn Way South.

Officials said two men and two women were pronounced dead at the scene.

Two others were taken to Harborview Medical Center. Their conditions are unknown.

Several lanes of Auburn Way South were closed in the area for several hours during the investigation.

Officials also said a small dog was in the car at the time of the crash and had to be euthanized due to its injuries.