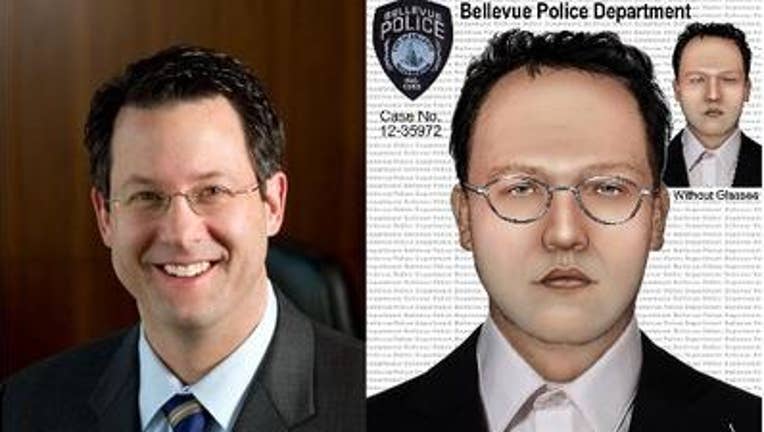 File Photo and drawing from the Bellevue Police Department.

The charges stem from multiple incidents allegedly uncovered after Grant was arrested on Sept. 24, 2012 in connection with the rape of a Seattle massage parlor therapist. Police took Grant, 49,  into custody Sept. 24 after employees from a massage parlor in the Crown Hill neighborhood tried to detain the man. Police said Grant was a repeat customer at the Carnation Massage Clinic at 602 NW 85th Street.

He is also accused of raping a Bellevue massage therapist at knife point in August 2012.

According to the Seattle Times, Grant's jury selection will begin soon. If convicted, the attorney faces more than 20 years in prison.