BURIEN, Wash. -- Four cars were struck by gunfire on State Route 509 near Sea-Tac Airport at about 2 p.m. Wednesday, the Washington State Patrol said.

No  injuries were reported.

The highway was closed down between 160th and 188th streets while a large-scale search was launched for the shooter. By about 8:30 p.m. Wednesday, the State Patrol said the scene investigation was complete and all lanes of SR 509 were back open.

WSP troopers and other law enforcement agencies spent most of the early evening searching for the shooter on the ground and using a helicopter.


The King County Sheriff's Office Air Support released this video of their search for the shooter: 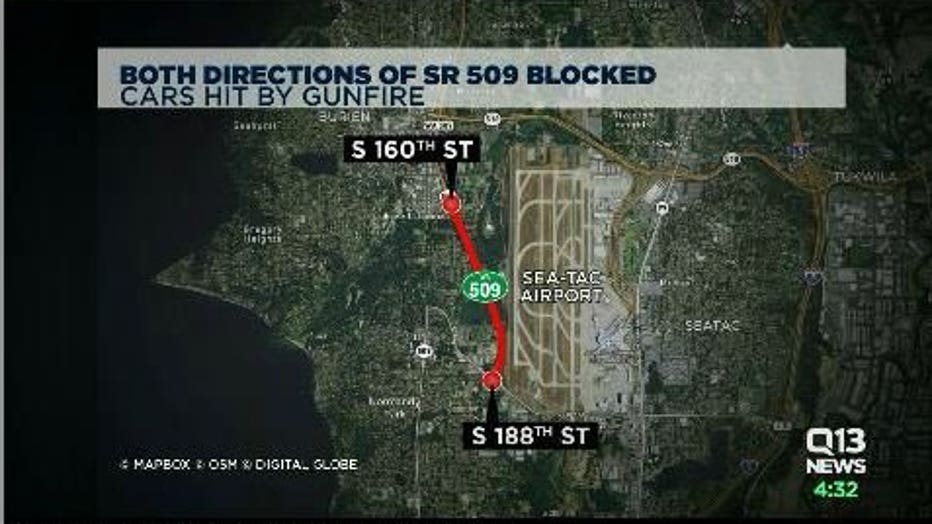