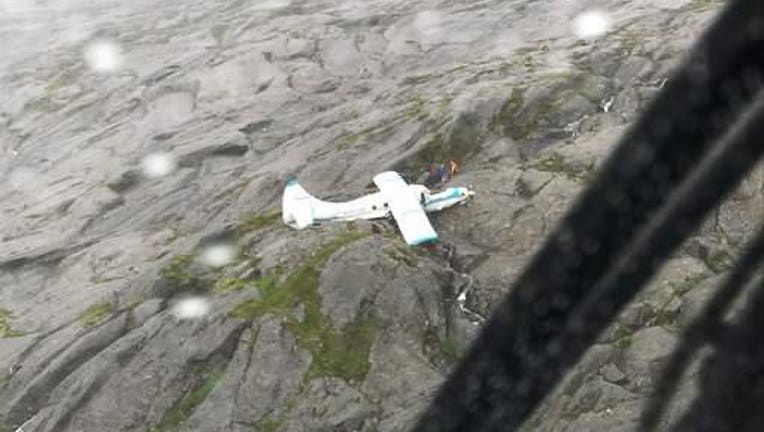 JUNEAU, Alaska -- Four survivors of a plane crash in southeast Alaska were taken to Seattle for additional care.

That's according to Mischa Chernick, communications manager for PeaceHealth Ketchikan Medical Center. All 11 on board the plane were initially brought to the hospital in Ketchikan after being rescued Tuesday.

Chernick writes in an email that six of the other people brought in were evaluated and released. One was admitted to the hospital in fair condition.

The U.S. Coast Guard on Tuesday said the people on board were reported to have sustained minor injuries following Tuesday's crash on a mountainside on Prince of Wales Island. Pictures show the plane in rocky terrain.

Taquan Air said the crash occurred on one of the company's charter flights. The airline says it is cooperating with investigating agencies.