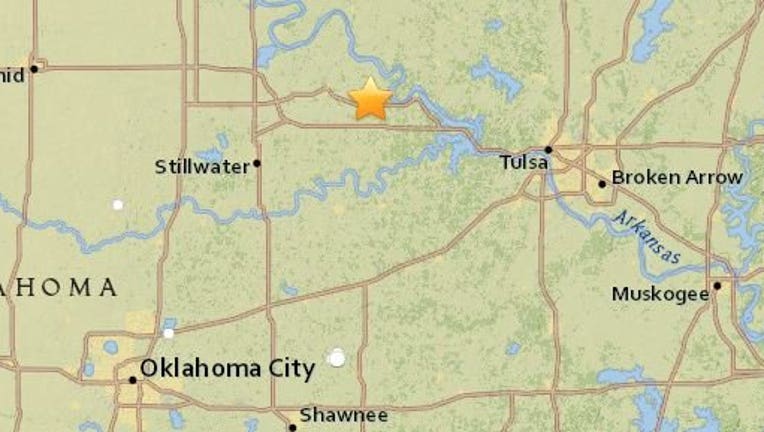 
The earthquake occurred around 11:27 p.m. The U.S. Geological Survey reports the epicenter was near Pawnee, about 70 miles northeast of Oklahoma City.

The USGS originally estimated the magnitude at 4.1. A 3.3 magnitude quake was recorded Saturday near Pawnee.

According to social media reports, the quake Tuesday night could be felt as far away as Kansas City and St. Joseph, Missouri.

An increase in magnitude 3.0 and stronger earthquakes in Oklahoma has been linked to the underground disposal of wastewater from oil and natural gas production. State regulators have ordered some disposal wells to be permanently shut down and others to reduce the amount of wastewater they return underground.