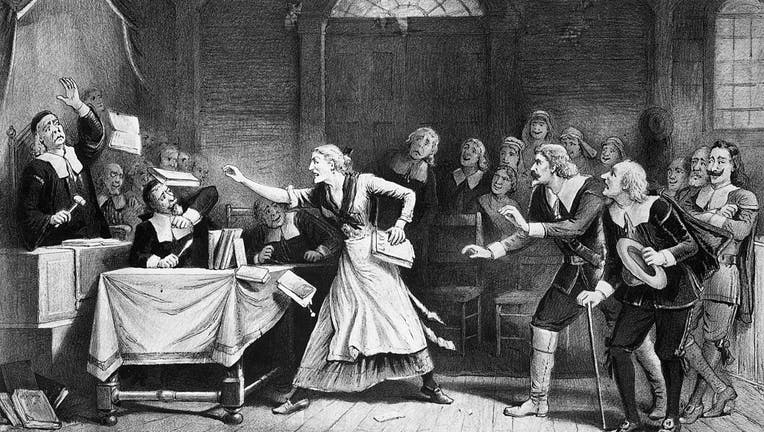 BOSTON (AP) - It took more than three centuries, but the last Salem "witch" who wasn’t has been officially pardoned.

Massachusetts lawmakers on Thursday formally exonerated Elizabeth Johnson Jr., clearing her name 329 years after she was convicted of witchcraft in 1693 and sentenced to death at the height of the Salem Witch Trials.

Johnson was never executed, but neither was she officially pardoned like others wrongly accused of witchcraft.

Lawmakers agreed to reconsider her case last year after a curious eighth-grade civics class at North Andover Middle School took up her cause and researched the legislative steps needed to clear her name.

Subsequent legislation introduced by state Sen. Diana DiZoglio, a Democrat from Methuen, was tacked onto a budget bill and approved.

"We will never be able to change what happened to victims like Elizabeth but at the very least can set the record straight," DiZoglio said. 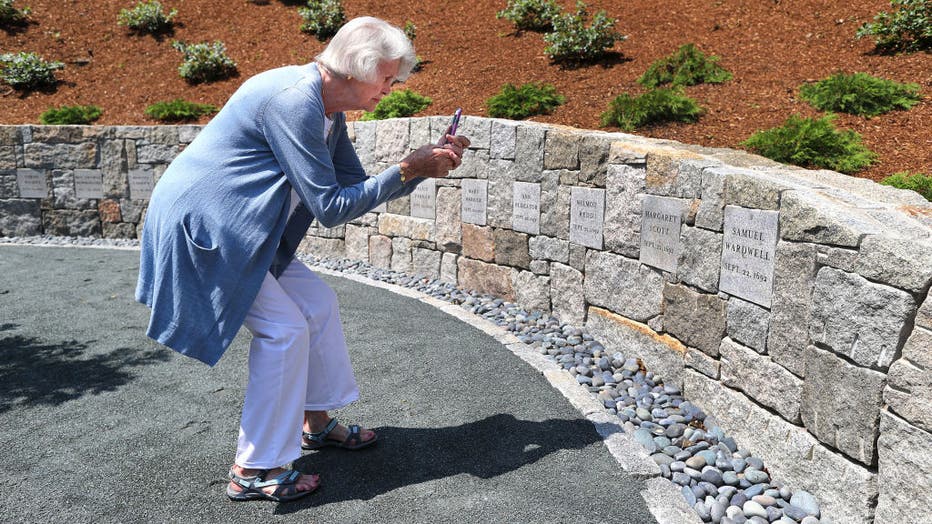 In a statement, North Andover teacher Carrie LaPierre — whose students championed the legislation — praised the youngsters for taking on "the long-overlooked issue of justice for this wrongly convicted woman."

"Passing this legislation will be incredibly impactful on their understanding of how important it is to stand up for people who cannot advocate for themselves and how strong of a voice they actually have," she said.

Johnson is the last accused witch to be cleared, according to Witches of Massachusetts Bay, a group devoted to the history and lore of the 17th-century witch hunts.

"For 300 years, Elizabeth Johnson Jr. was without a voice, her story lost to the passages of time," said state Sen. Joan Lovely, of Salem,

Twenty people from Salem and neighboring towns were killed and hundreds of others accused during a frenzy of Puritan injustice that began in 1692, stoked by superstition, fear of disease and strangers, scapegoating and petty jealousies. Nineteen were hanged, and one man was crushed to death by rocks.

Johnson was 22 when she was caught up in the hysteria of the witch trials and sentenced to hang. That never happened: Then-Gov. William Phips threw out her punishment as the magnitude of the gross miscarriages of justice in Salem sank in.

In the more than three centuries that have ensued, dozens of suspects officially were cleared, including Johnson’s own mother, the daughter of a minister whose conviction eventually was reversed.

But for some reason, Johnson’s name wasn’t included in various legislative attempts to set the record straight. Because she wasn’t among those whose convictions were formally set aside, hers still technically stood. Unlike others wrongfully accused, Johnson never had children and thus had no descendants to act on her behalf.

"Elizabeth’s story and struggle continue to greatly resonate today," DiZoglio said. "While we’ve come a long way since the horrors of the witch trials, women today still all too often find their rights challenged and concerns dismissed."