SEATTLE -- A 32-year-old Renton man was arrested Wednesday in connection with the slaying of a woman whose body was found alongside the popular Burke Gilman Trail in Seattle's Wallingford neighborhood on Oct. 4, Seattle police said. 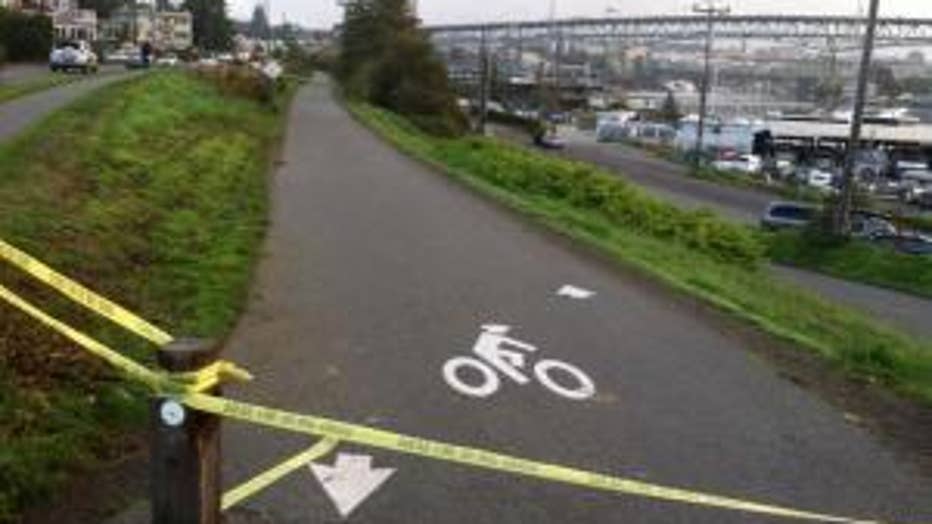 The suspect was arrested at his apartment in Renton and booked into the King County Jail on suspicion of murder and drug violations. He waived his appearance at a bail hearing later Wednesday; bail was set at $1 million. The deadline for a charging decision is Tuesday, Dec. 3.

The victim, who was in her early 20s, was found in the 2400 block of North Northlake Way alongside the Burke Gilman Trail with what appeared to be a single gunshot wound to her forehead, police said.

Seattle police homicide Cmdr. Mike Kebba said, “I take pride in the fact that our detectives are working hard every day, bringing their expertise and focus to bear, to solve challenging cases like this one and making our community safer in the process.  A violent crime like this one, happening alongside the Burke Gilman Trail late at night, strikes really close to home for a lot of people, particularly the victim’s family.”