TUMWATER -- A 31-year-old Olympia woman was killed when a semi veered onto the shoulder of I-5 and crashed into her parked, disabled car early Friday morning.

Killed was Christine E. Sanders, whose 1991 red Geo Metro was disabled on the side of the highway.

According to the Washington State Patrol, the crash occurred at about 4 a.m. just south of Trosper Road SW. A semi drove onto the shoulder, striking the parked car.

The semi came to rest about 100 feet off the shoulder. That driver, a 58-year-old from Long Beach, was not hurt.

Troopers say drugs and alcohol were not involved. They are still investigating. 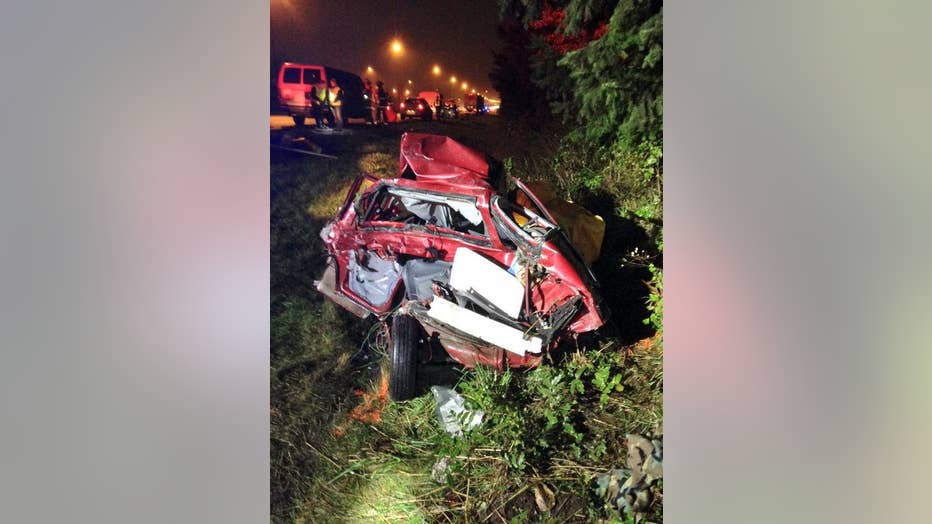