Inside the SR 99 tunnel

Inside the SR 99 tunnel

SEATTLE – WSDOT officials say soon thousands of cars are expected to flood the new SR99 Tunnel.  The goal is to get people in and out safely, which took several years of planning, building, and testing.

Strap on a hard hat, a reflective vest, and march down underground into the belly of the SR 99 Tunnel. 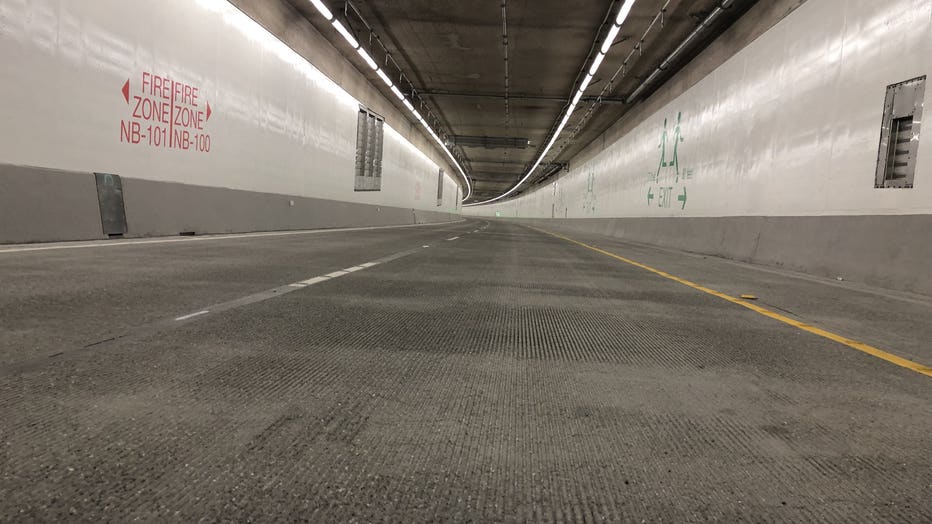 “We have always someone on call,” said WSDOT Technical Engineer Tareq Al-Zeer.

“If we have a small truck or a lumber truck we are prepared to respond with the amount of water we have,” said Al-Zeer.

You’ll find 21 miles of water pipes in case of fire.  The tunnel has strict rules including no flammable liquids coming through.

“On I-90 we have firefighting foam in our tunnel systems and in this facility all we have is water.  We do not have any firefighting foam,” said WSDOT Maintenance and Operations Manager Chris Johnson.

Whether it’s a fire or a medical emergency or another concern, WSDOT says you can exit the tunnel through 16 sets of emergency doors on each level.  A mandatory evacuation would be up to the responding agency like Washington State patrol or Seattle Fire.  Signs throughout the tunnel tells drivers just how far they are from the nearest exit. 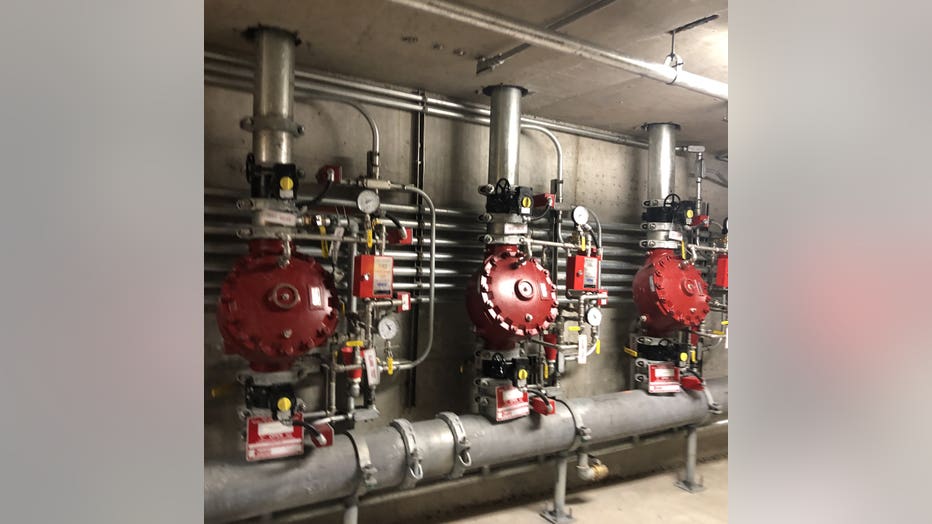 Safety measures in place in case of fire or other emergency in SR-99 tunnel.

“The fans would come on to suck the smoke out, the fire system would dump water right here, and people would evacuate out the doors,” said Johnson. 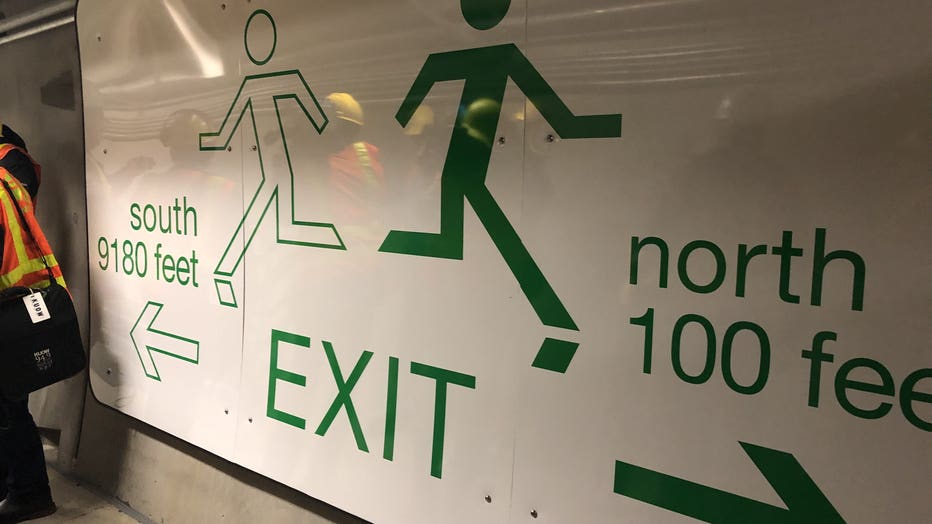 Inside SR 99 Tunnel, there are 16 sets of emergency doors on each level.

“We’re monitoring the air for oxygen levels for CO levels and for carbon dioxide levels. And as traffic slows down and the air starts to get a little bit bad, then the jet fans will fire up and we can artificially create that draft through the tunnel,” said Johnson.

With the final walkthroughs and tests being done this week, crews are ready to open up shop.

Al-Zeer says the tunnel will be free for the first four to six months after it opens.  While you’re in the tunnel, you should have cell service and be able to listen to the radio.  There is no WiFi available.